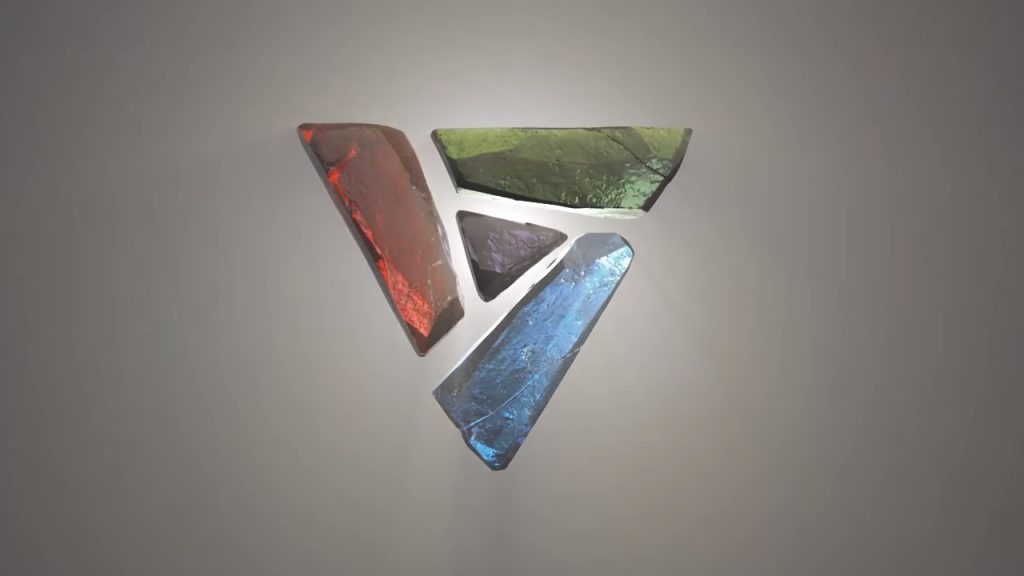 So, only a few days were left before the release of the cherished CCI from Valv. Many Dota fans and other gamers are eagerly awaiting the release of a new product from Uncle Gabe. And since not many have managed to play the beta yet, people don’t know what to expect from the game. I’ll try to tell you. 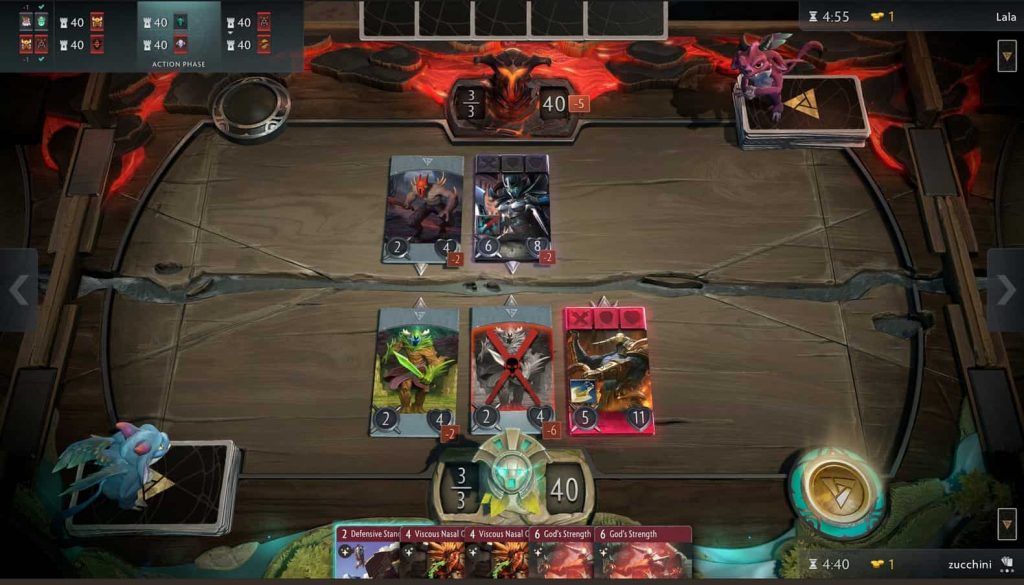 At the moment it is clear that the playing field of the Artifact, like in Dota, consists of three lines. The mechanics of the game literally make it feel like you are playing three different games at once. On one lane, you can use a green deck to push the opponent, creating an army of creeps and heroes in order to crush the counterpart – real chaos! On the other, you can play with a blue deck, which is designed for the late stage of the game, such a backup and at the same time a key option for completing the game. And on the third side, you can combine these decks so that the opponent does not understand what to expect on this lane.

There are towers on each line – yours and your opponent’s. To win, you need to either destroy two towers, or destroy the throne, the road to which opens after the fall of one of the towers, however, it has twice as much HP as the tower. You need to correctly distribute your forces, because if you focus on only one side, forgetting about the others, you are likely to lose.

The best tactic is to destroy the two towers anyway, as this is much easier than taking down the throne.

How are the battles at the gaming table

The Artifact also provides a rather interesting look at the mechanics of the moves: instead of playing in successive moves, you will have something like battle stages on each lane. You can play only one card at a time – either to strengthen the hero, or to play a creep, and then your opponent moves. And so on until you have no cards left or both of you fold. After that, your cards attack each other, if on the way the card does not have an opponent’s card, it will hit the tower.

It’s so dynamic: with such mechanics, there is no feeling when your opponent makes a move, and you simply cannot answer him with anything, this at the same time makes the game more chaotic and more tactical than strategic, and also makes the omnipotent power of randomness not so omnipotent … 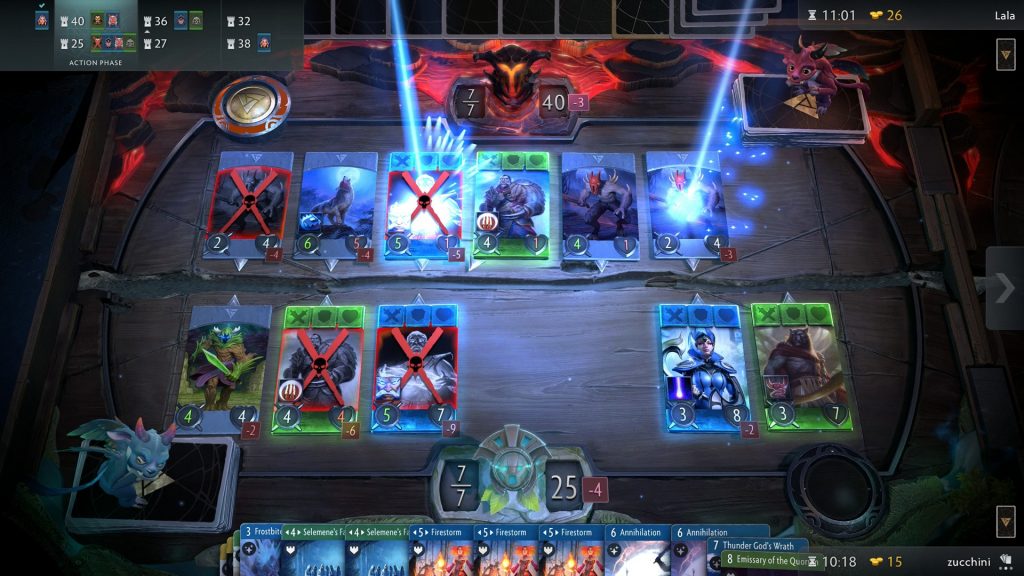 Hero picking is one of the most important parts of the game. The color of the hero determines which spells you can use on this line, everything is distributed by color. Each line has mana, the amount of which gradually increases. A bit like the Hearthstone system. Roughly speaking, you can lose the game at the stage of distributing heroes along the lines. In the deck you will have 5 heroes, three you put up at once, the fourth on the fourth turn and the fifth on the fifth, respectively.

The heroes themselves form the core of your deck. Each hero has one main spell and 2 side spells. Thus, this is 15 cards in a deck of forty. The rest are of your choice.

The heroes themselves are very important, because if you destroy them, you will not only lose important enhancements to your table, but you will also not be able to use the main spells.

We should also talk about the mechanics of gold separately. After each round, you get gold: for killing creeps, heroes and towers. Gold is a separate resource from mana. After each round, you can buy various items that enhance your cards. This is really a new mechanic for the CCI, it is clear that Valv really tried, and not just copied other projects.

And if we discussed the mechanics of the game, then we shouldn’t forget about another significant component of any game – visual and sound design. Everything is done quite nicely and nicely, at the same time so as not to overload your device, I think it will be possible to play even on a simple hardware. But in general, the style is quite pleasant, especially funny demons – your main assistants in this game. In general, the visual and the sound are pleasant, not repulsive for sure. In short: simple and tasteful.

In general, Artifact has competently adopted the atmosphere of Dota, but at the same time, it is a completely different game. This means that the project has every chance of both attracting the “old guard” of doters and involving new people. Let’s see what comes of it, but for now, we are waiting for the official release. To play or not is up to you, personally I will play for sure.