Dark Deity – one of the games that can be called love messages to Fire Emblem, Final Fantasy Tactics and other Japanese classics of strategic and tactical RPG. But, in contrast, for example, from Rise Eterna, in Dark Deity The authors managed to make an interesting and balanced game.

Studio staff Sword & AXE LLC Do not try to shock us with strange plot turns, forcing cutting whole villages – in Dark Deity This is easier and more familiar. We play for the students of the Military Academy, whom a long time and local king forced to go through an accelerated course of study and practically green threw in the bake. They are fighting with gangsters, and civilians protect against the army of strangers. In the process, faced with a cunning necromancer who hunts the powerful and dangerous artifacts. After that, we begin to hunt for him already, and with the support of influential sisters from the army of alien. Even in the face it is clear that from the man there will be some problems ..

Dark Deity Takes its number. There are almost 30 missions – in each there is something interesting, tasks and conditions are changing (it is necessary to hold out so much moves, then save someone, the detachment is forced to share and so on), and new characters are almost always joined to us. All of them are also recruited three dozen, but with them to the mission allowed to take about half less. Classical dilemma, whom to choose is aggravated by all of them in their own interesting and different, with their characters and stories. There may be friends-comrades in the Academy, and the faders from the Mill of the enemy, and those who saved from the captivity of the maiden, and the influential person, with whom we seem to be temporarily intersect the interests. 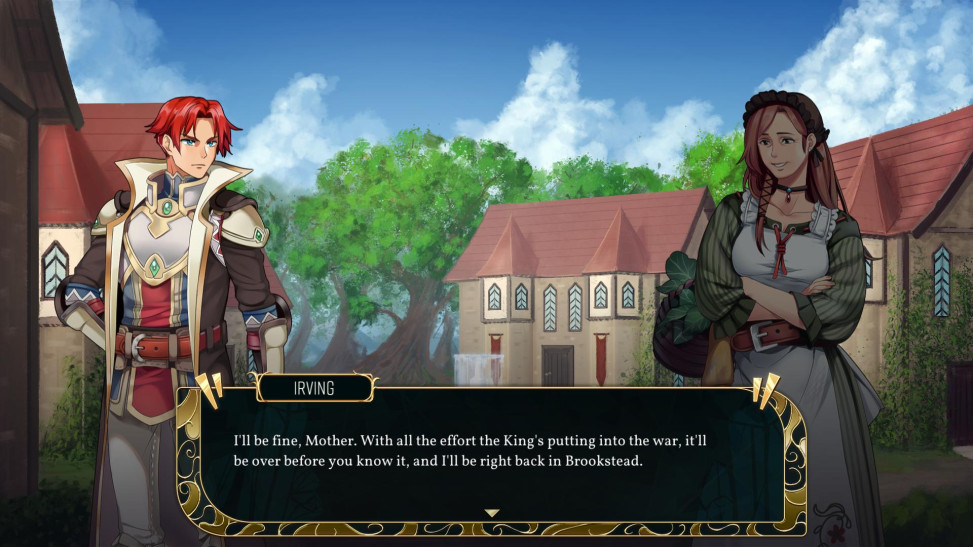 And everyone in breaks between missions can communicate with each other in order to strengthen communication – it allows you to get bonuses in battle when they turn out to be near . And in these conversations, the characters are just manifested in these conversations, they are told and remembering stories from the past or present – someone, for example, discusses the features of the pressing of magical pets or other military skills, offering assistance in training;someone flirting. And one inborn killer with the daggers stated a newcomer in the detachment that the last man who did not look at her, died from grave injuries. And immediately smiled: “Yes, I’m joking, relax”. 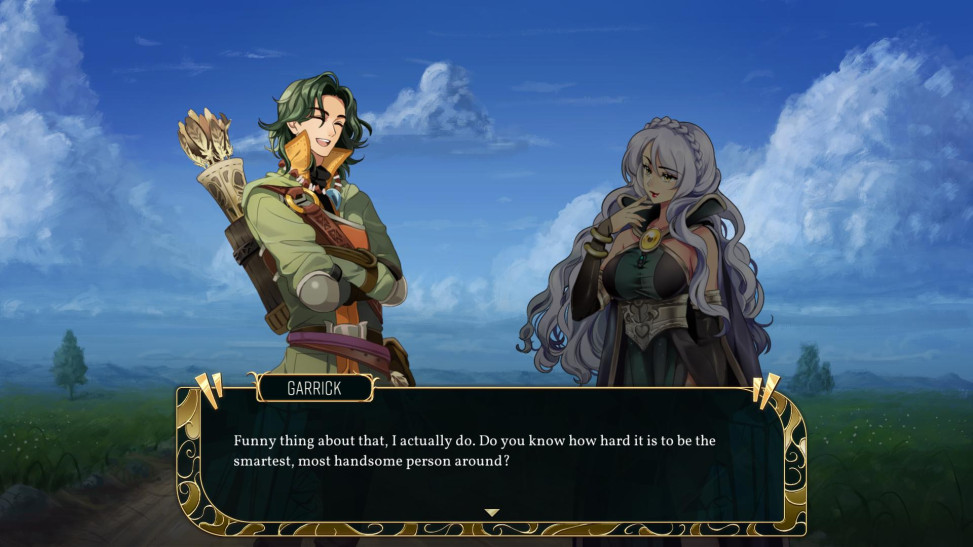 Interestingly, he willrear it or not.

Considering the number of missions and characters, you can imagine how much the wards have time to discuss and how much during the process they will, let’s say, come to life, acquire unique features, get closer and to us, and each other – or, on the contrary, are distinguished if jokes or flirts comenot in the other direction or people just do not converge in character. In any case, it is interesting to monitor these conversations and mini-stories (each character is free to communicate with any other, and this is always new topics and lines). 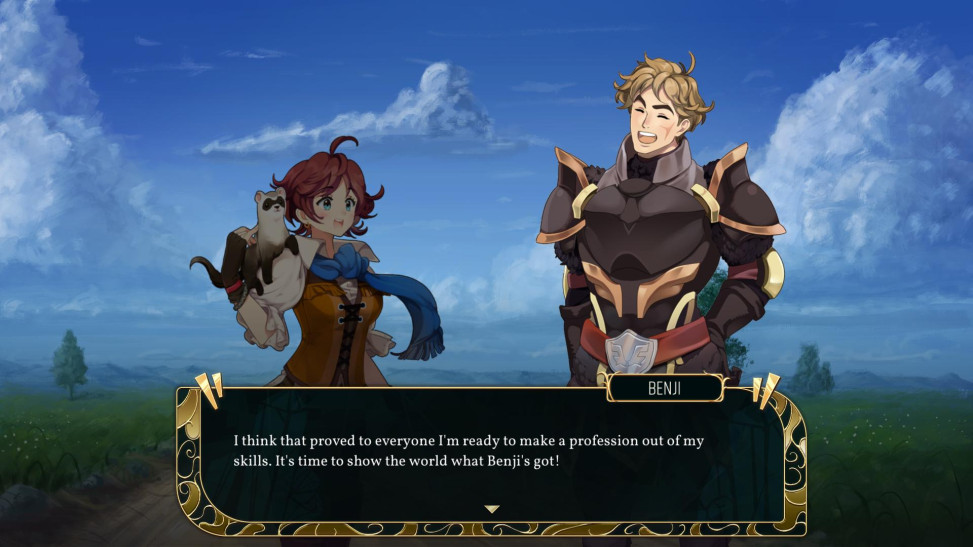 When the amount is not to the detriment of quality

On the other hand, it happens that you do not have to get on the mission. Just because many newcomers are initially above the level than those with whom you have already passed a lot of missions and to whom they kicked the soul. And Grinda B Dark Deity, What is surprising not – the previous missions to reflash for experience and money and generally choose where to move on the map can not. This is the gift and curse of the game. On the one hand, more and more dynamically, concise and in the plot, without a dull to many Grinda. On the other – as I said, it limits the ability to specifically pump up its pets.

Heroes get new levels directly in battle and if they have accumulated them enough, they can immediately choose a new class. And here, in the class system, authors Dark Deity Also take quantities. Having reached a certain level, each fighter can choose from four new specializations at once, and then – more of four. As a result, three dozen characters occur 54 classes and their variations.

Experience give, even if we get damage.

And in each case the choice is very important – specializations are fundamentally different from each other. We get add or fines to the main characteristics, other skills and equipment. For example, the usual shooter can become a witch hunter (also with onions, but riding a horse – a distance of movement above), and can go to “Drifters” that change the small arms on ax. And the usual cleric is offered to choose between an inquisitor with a huge hammer, a priest, oriented exclusively for treatment, a defender again on horseback and an acolite, thirsty of magical power. 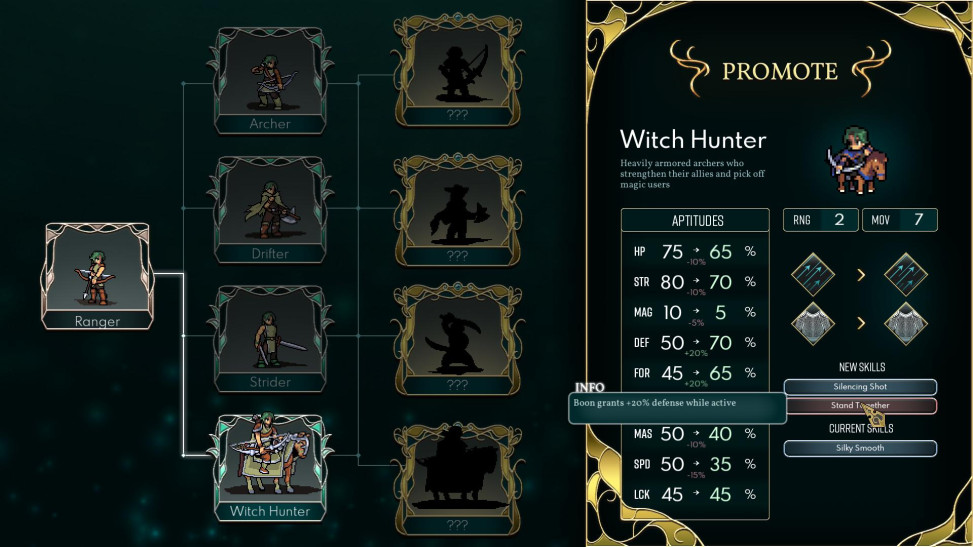 This opens a large space in setting up the party – you can always change it to change and try new combinations. The uniqueness of the characters also affect the very artifacts around which the plot is spinning. They are called aspects and give bonuses – as an option, reduce the magic damage from enemies or strengthen the damage that apply allies if they are well developed relationships and they are close to each other. And some aspects make an intrigue share – for example, randomically reduce or increase damage by 30%.

Animations can be skipping.

In addition, we are free to pump weapons. To each class, four of the many species of guns – onions, crossbows, short or long swords, spears, creams, axes, daggers, knives, and so on. All have different indicators of damage, accuracy, weight (affect the speed), a chance of a critical strike. In the interruptions between the missions, you can change equipment and pump it for collected in battles or purchased in store tokens. And the more steep it becomes, the more powerful tokens are needed for the following upgrades. Such a combination of classes and types of weapons is only good game. 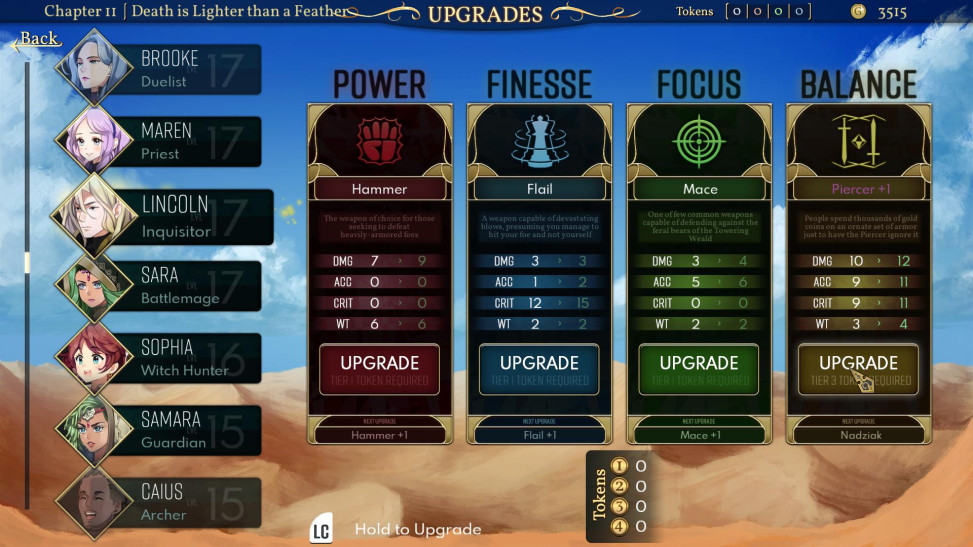 Weapon is divided into categories.

The battle themselves are classical for Fire Emblem Scheme – by cells move their fighters close to enemies to attack and run animation. Although arrows and magicians can beat through one or two cells. The tactic is distributed, who, whom and when attacks, should be covered with each other, to finish the wounded enemies and treat their. But unlike the same Rise Eterna, in Dark Deity battles are better balanced and always kept in voltage. Often, our wards receive a critical damage and leave the battlefield – it leads to injuries and a constant decrease in one or another characteristic. 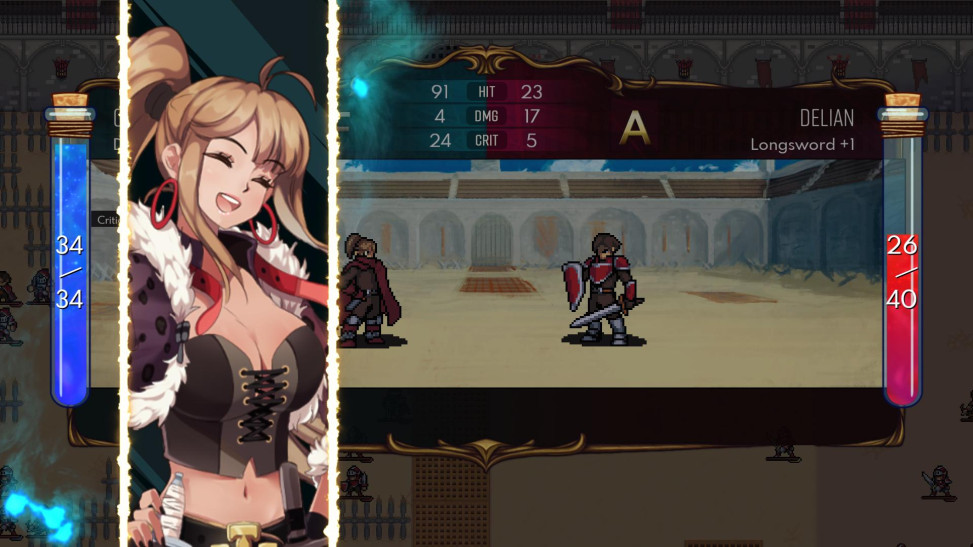 Now there will be a critical blow.

You can compensate for this by special potions that are sold in the store between missions and permanently increase characteristics. True, such miraculous drugs are very expensive.

The farther, the more unusual and strong opponents.

I repeat, Dark Deity does not try to shock and invent the bike, and diligently and efficiently work out the classical, mandatory program in this case, manages and make something. The game makes a bet on the abundance of weapons, classes and characters that actively communicate with each other.

Pros: Not the most original, but tightening the plot;Many in their own interesting characters who actively communicate with each other;a lot of missions with different conditions;Classic Gameplay in Spirit Fire Emblem;The game is fine with appearance and music.

Minuses: Not all dialogues are voiced;There are problems with the interface;There are bugs.