What will happen if wrap the hardcore gameplay in the spirit SUPER MEAT BOY in a minimalist shell that makes remember Thomas Was Alone? Creators Flat Heroes, Apparently, they also wondered a similar question. Their project is a difficult platformer similar to N++, But if they are asked to get from one point to another and collect golden squares, then it is necessary to survive in extreme conditions.

The plot in the game is not – choosing a campaign in a slopfully decorated menu, you get into the only unlocked world and immediately start passing. All these worlds 10, everyone is divided into 15 stages. In 14 of them, the essence does not change – for a few seconds you need to donate from lasers, shells and other troubles, while a huge check mark will appear on the screen, which means the completion of the level. And the 15th stage – the battle with the “boss”, and these episodes turned out to be especially cool.

The first levels are very simple and allow you to quickly deal with control. The square, for which you play right down to the final, is able to jump, make a double jump in any direction, as well as a second second to create a field, repulsive or destroying shells. He also clings to the walls and can hang on them infinitely long – tiredness to him, unlike the heroine Celeste, Not terrible.

The situations in which the square gets, also at first will not cause difficulties. From somewhere you fly one after other shells – stand up on the platform or hoo on the wall from the opposite side. Circles, growing tails when approaching the hero, begin to follow it and after a couple of seconds exploded – they are also very easy to escape from them, especially if they repel them on time. When the square dies, it happens very quickly, and he is ridiculous almost instantly. So you do not lose time – after one failure attempt, the following begins immediately.

Each new world offers some kind of new kind of opponents. It can be rings flying next to each other, or screenshots that are destroyed by touching twice any surface. There are portals with arrogals flying in different directions, and this little thing so will get out from there until the portals disappear. Despite such a simple style, the developers were able to come up with a lot of diverse enemies, and two similar stages will not meet among 150 levels. 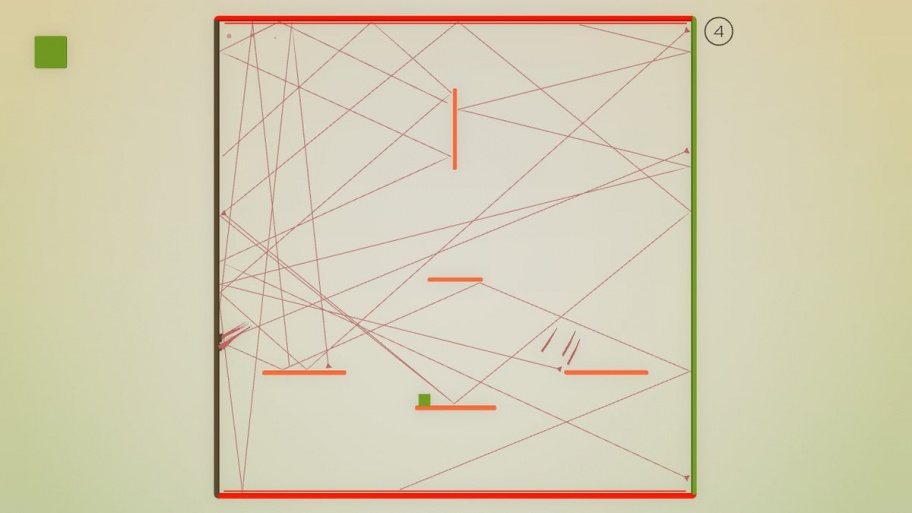 Sometimes find a safe place is not so easy.
The complexity increases gradually: first you survive only among flying alternate shells, then – only among the dishes or arrings, and at some point two or three types of opponents appear simultaneously. The zone in which the action takes place is always closed from all sides, and in some cases to touch the walls and is prohibited – you have to ride from one platform to another, not forgetting about a double jump. At one level, there were constantly changing the position of the lasers in front of the steady balls flying in all sides, the explosion radius of which is quite large. Episode, honestly, was far from the lungs.

Not a minute of rest

Stages rarely last longer than a minute, but sometimes they turn out to be such difficult, which is held at best with the 10th attempt. But I don’t want to give up – the restart of the level is so fast that it does not even have time to think if you want to try again. After death, there are no boot screens – you will simply teleport in the starting point and offer to survive again. Therefore, to break away from Flat Heroes not easy, and successful completion of each complex stage becomes a holiday.

But to rejoice early, because every world has a heroic version where the same levels are offered with additional features. Then shells will start flying twice as fast, they will appear from four sides, and not from two. These levels are unlocked quite late (about the fifth world it turns out to be a complicated first), and they are really more difficult than their usual versions. As a result, the campaign is no longer from 150 stages, but from 300, and due to its guidance and dynamicity, no episode will seem tightened or boring – everyone wants to go through.

Especially great, the previously mentioned battles with “bosses” look – despite the scarce number of skills in the square, to stand up for herself in battle with any opponent. One such an enemy stains in pink color individual sections of location, and when those become red, the hero standing on them is dying. You have to jump from one platform to another and wait when the enemy takes a pause and eases. Another “boss” completely repeats the movement of the square and leaves the track with vulnerable places – it is necessary and convenient to choose, and get exactly in target. Typically, these battles consist of three stages, and on each of them an opponent either becomes stronger or accelerated or calling assistants. 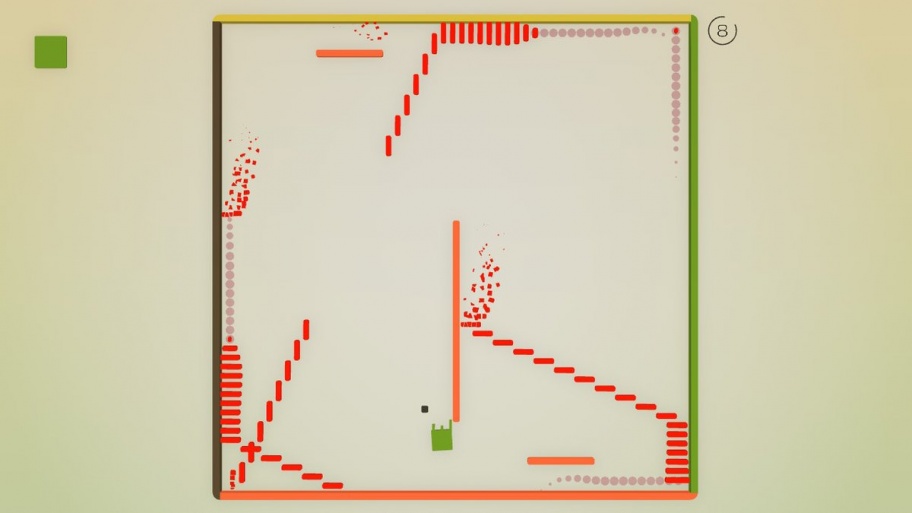 On hardcore versions of ordinary levels have to constantly move.
And it is not all that can offer Flat Heroes. Also there is a “survival” mode, whose name speaks for itself – Instead of the consistent passage of small levels, you try to hold out as long as possible. Here all opponents appear, which could be found in the campaign: and triangles, jumping from angle to the angle, and rockets whose direction is pre-showing. The mode has several variations unlocked when determined by certain results in the standard version of “survival”, and all the successes and failures are recorded in the online table of records. And in this mode, the “task of the day” is offered, where you also compete in skill with other users.

For lovers of a local multiplayer there are four bonus modes that are unlikely to be interesting alone (you can add bots in the lobby), but perfectly raise the mood to all participants while playing one screen. Especially fun “Zone” regime – there are circles on a tiny map, and the longer you are in them, the more glasses are credited. Everyone starts to interfere with each other, pushing competitors from the circle, die, revive and go to battle again – it’s terribly fun. 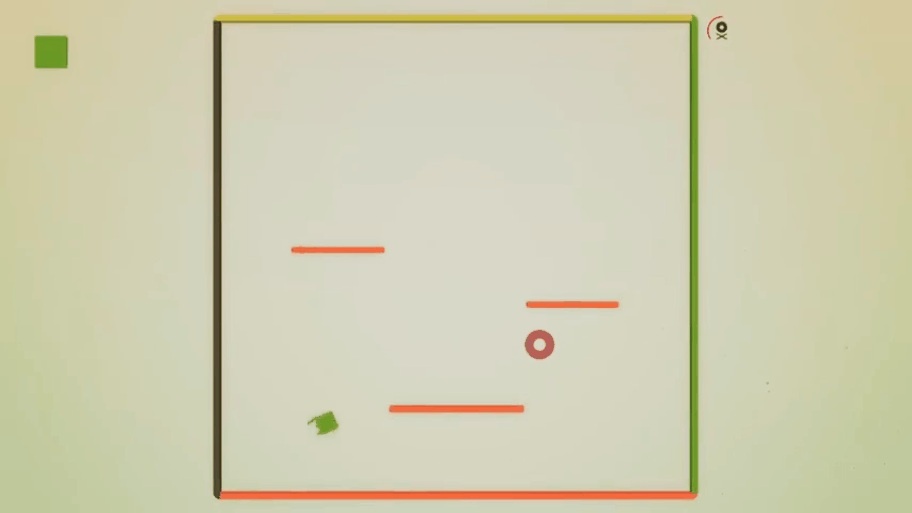 “Bosses” sometimes behave very aggressive – it remains only to run.***
In the cooperative, you can even pass the campaign and survival regime, thereby simplifying some difficult levels. In this case, it is not necessary to remain alive by the end of the stage – enough for someone to hold out to the final. AND Flat Heroes In an amazing way, it remains equally fascinating and with a joint game, and when passing al1. Many such games intended for a funny-running friendly or television companies offer only joint modes, and there is a huge campaign with several hundreds of various levels. Sometimes even minimalist things are able to surprise their work.

Pros: Hundreds of various hardcore levels;The lack of downloads allows you to quickly restart the steps;many types of opponents;In the “Survival” mode, you can see for a very long time;Cooperative entertainment will raise the mood in the company of friends.