Original GUNS, GORE & CANNOLI Attached primarily the setting – other bloody platformers about gangsters and America times of the dry law not find. But personally, I had discontent in it, and more precisely – the inability of the main character of Winnie Cannoli lift or lower the sight. He shot exclusively in a straight line, which turned into a circus fake with enemies in high platforms. Yes, and levels, because of such a restriction, seemed too chamber, and therefore were similar to each other, despite the authors attempts to make a variety. 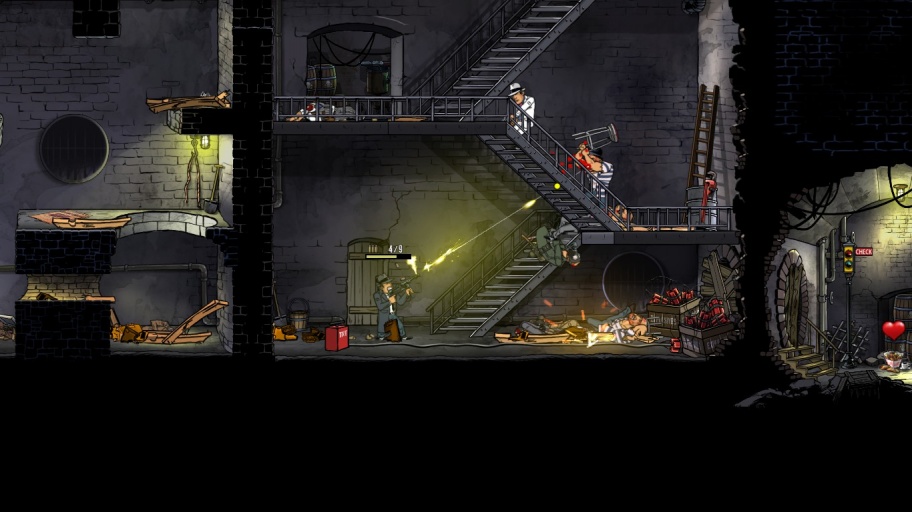 In the first part it would be necessary to wait until the enemies appear, or go upstairs.

IN Guns, Gore & Cannoli 2 This deficiently corrected – now the hero can shoot in all directions. Locations increased in size, there were more multi-storey buildings, and at the same time the camera was distinguished from the character – thanks to this innovation, the fights with opponents became much more dynamic and spectacular. And Winnie himself, despite his age (after the final of the first part, more than 15 years have passed), he learned some new tricks: here you and double jump, and squirrel, and even roll in the air. He still does not leave anyone alive, wears a dozen of the types of weapons, and health restores with the help of cannoli – crisp wafer tubes with cheese filling.

It is a pity that in the storyline the character did not receive any development. The action of the sequel unfolds during the Second World War: Europe is involved in hostilities, Tagtown from the first part remains a ghost city, and on the main character, it opens a hunt for some dark don. Winnie is the same flat and boring, as before, – repeats the same phrases, deprived of a sense of humor, and the only “joke” in his arsenal can be considered a stereotypical habit of stretching during a conversation and press the thumb rest.

Yes, and he did not stop shooting in all in a row – as the hero passes, the hero will get into a variety of locations and meet with crowds of the villains. First, mafiosi, then cops, then zombies, the Nazis, a terrible type of mutants, rats of different sizes … In one of the episodes of Winnie, it turns out to be American soldiers on the banks of Normandy, but the authors were as if they were afraid to joke on the topic of war, and therefore did not develop this topic. It is strange to see a bright platformer with blood, a revived dead and a man with a missile, in which the degree of absurd will never reach the desired heights.

Well, though, the gameplay itself does not disappoint, even if it does not offer any new ideas. Since the locations have become much larger than the opponents now literally climb from all the cracks: they look out of the windows, hide behind the shelters, run away from different floors. While they do not enter the battle with them, they read newspapers, sit beyond the tables, juggle with grenades – little things, of course, but for such attention to the details of the developers is difficult not to praise. Types of enemies A lot – Mafia has running to the whole supports Ambala, knocking the Winnie from the legs, among the undead, there are zombies. Sometimes two types of opponents are locked in one room, which begin to fight with each other, which adds speakers and saves cartridges, at least those in excess. 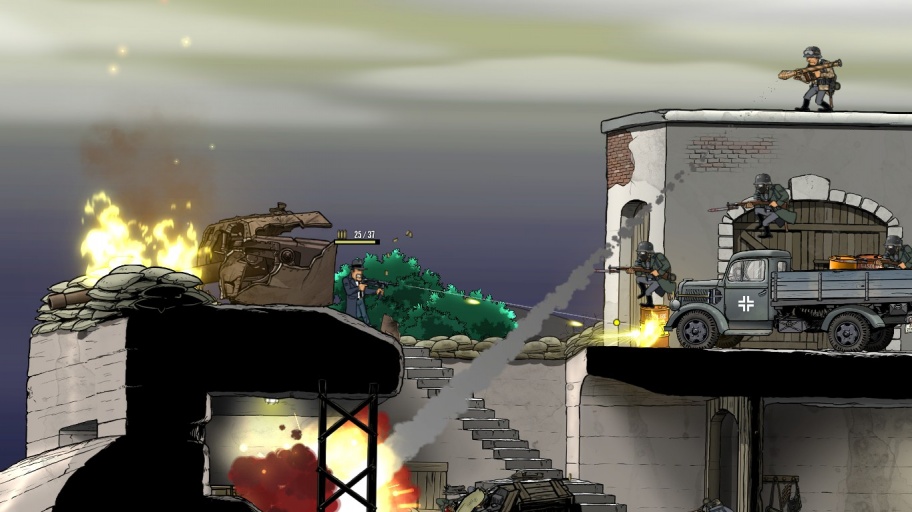 As you can shoot now anything and throw grenades are no longer necessary, in the sequel Winnie, they do not wear them. If opponents stand on the top or bottom platform, they are easy to impass. At first, the hero has only chainsaw and a bit, but very soon he gets double pistols, a machine gun, a machine gun, shotgun, and then a rocket launcher with a grenade. All shootouts on open spaces bring great pleasure – the character is moving and jumps from side to the side, driving out from bullets and kicking in addition zombies or Nazis. Sometimes the process is slightly bored, but when the exploding barrels and cars appear on the screen again, and parts of enemy bodies are flying out in different directions after the next shot from RPG-7, I want to play.

However, at the most unexpected moment, you understand that you are already fighting with the final “boss”, then watch the credits, go out, check the counter in Steam, and there … Valuly only three hours. One of the main shortcomings of the first part, namely the duration, did not fix in the second. Probably, the game will take more time if you put the highest level of complexity and once again die from the hands of unbalanced mutants with rockets, but with the usual passage on Guns, Gore & Cannoli 2 Half of the evening leaves. It may be for the better – the desire to overire it from the beginning does not occur, and it is possible that an additional hour would not go to her. At the same time, it’s a shame to see how correcting several problems of the original sequel flies for counting hours.

But in the second part there is another important innovation – online cooperative. The last game could be held with friends only after one monitor, and here the entire plot allows you to complete with three buddies in the sings. True, users found that people living in different regions cannot play with each other, but it is promised to fix patch.

In the cooperative, fun becomes more fun, spectacular and more exciting – after all, it is not necessary to solve puzzles here, leaving some boring levels and watch long videos. Only shooting, shooting and shooting, and the constant change of types of opponents, many of which are distinguished by special skills, keeps the screen to the end. 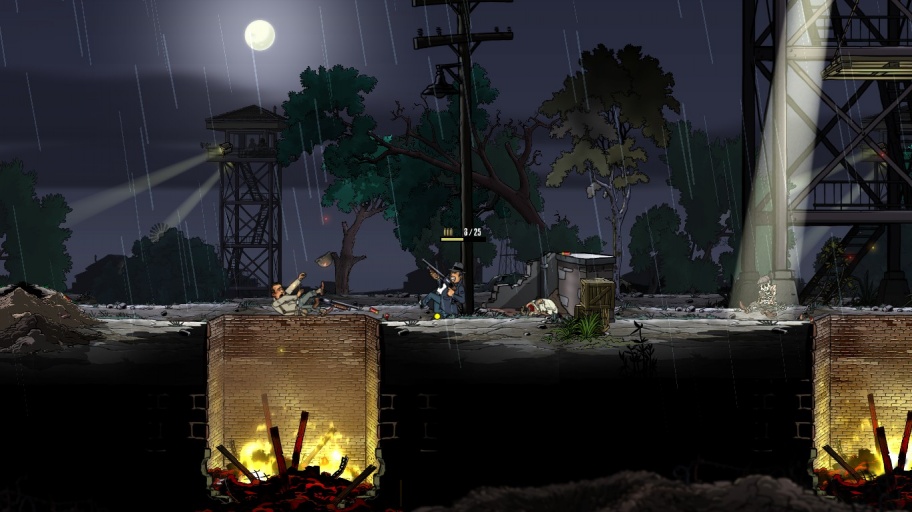 Kicking often turns out to be as effective as bullets.***
Guns, Gore & Cannoli 2 became for the Belgian duet Clayesbrothers not the biggest, but noticeable step forward. The possibility of shooting in any direction makes the gameplay more arcade, but at the same time the player feels free and just hesitate into enemies, and not trying to jump so that his bullets flies to the desired point. Yes, and availability of online cooperative – a huge plus. But the dreary protagonist, a small duration and a couple of other flaws remained in place. It is possible that when creating an inevitable third part of the developers will be able to establish a new bar for themselves, but so far it is impossible to put their creation with the highest assessment.