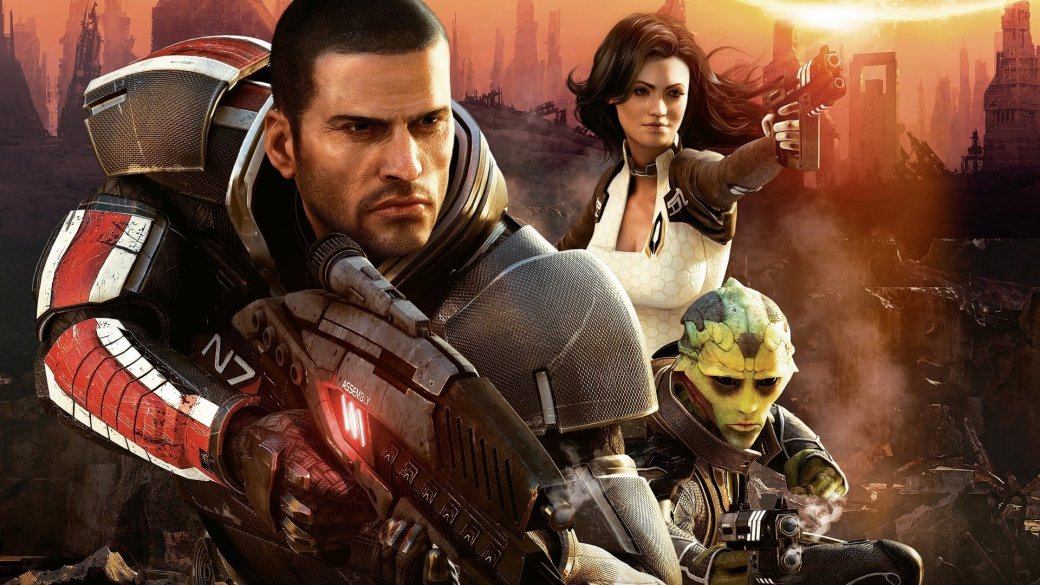 January 26, 2010, appeared Mass Effect 2, the last uniquely successful game BioWare. After it there were Dragon Age 2, which in many ways was inferior to the first part, and Mass Effect 3 with a controversial finale, and, of course, Mass Effect: Andromeda and Anthem. But in 2010, they still believed that BioWare was the main hope of Western RPGs.

Mass Effect 2 – 10 years. Why did you love one of the best space RPGs in the industry? 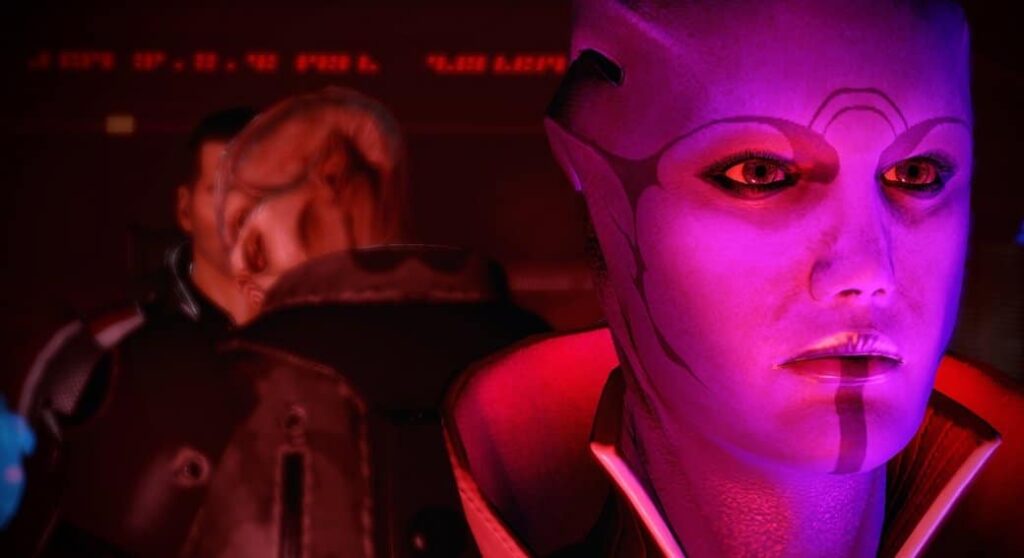 “The great, without exaggeration, the game of at least a great series …”

The first few hours of Mass Effect 2, when Shepard arrives at the Omega after the resurrection, I will never forget. It seems to me that such a plausible fantasy universe in video games was neither before nor after – so few people in the industry know-how to work with the world into which you are immersed, create a real adventure, and write characters, except BioWare. This even Anthem, an online action game without a bet on the plot, confirmed, and Mass Effect completely became unattainable for many the limit of the creative possibilities of the studio. And Mass Effect 2 is probably the best part of the series and my favorite game of Canadians.

Just remember: Omega is a noisy and full of life futuristic anthill, the heart of which is the eternally open Afterlife bar, which attracts with loud music and dazzling neon. Around is a complex ecosystem in which gangs of cutthroats and mercenaries coexist, shopping areas where they constantly try to throw you for money, and poor neighborhoods where, despite the martial law, a lonely clinic with Dr. Mordin Solus tries to save as many innocent lives as possible. At the back of the station, a mysterious Archangel shoots out bandits, hiding in an improvised fortress, and on the deserted streets far from busy clubs, a plague rages. 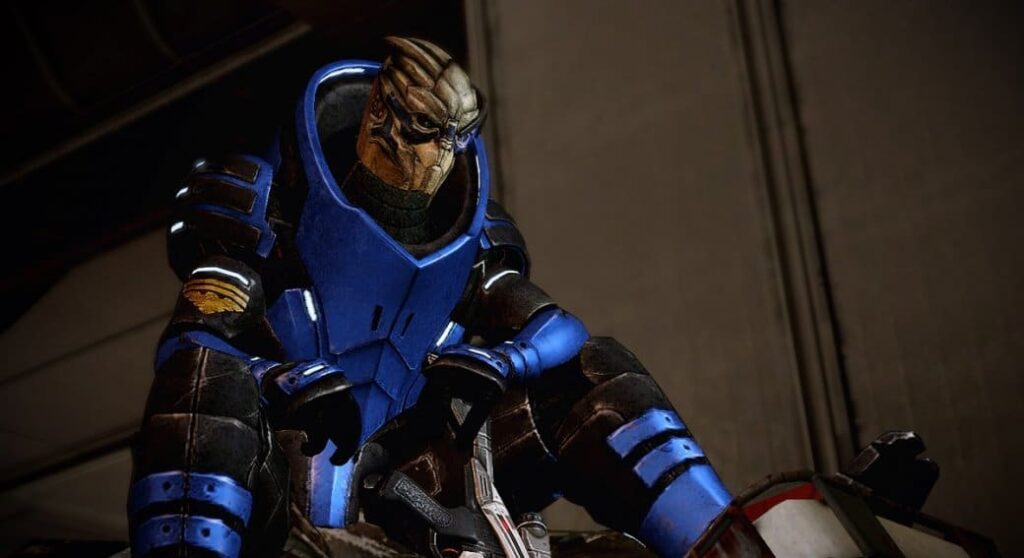 And this is the first large location on Shepard’s path to the Collectors base, Omega will be followed by the Purgatory prison blocks, the shining metropolis of Illium, the Tuchanka devastated by the war, the Horizon colony and much more. In the first Mass Effect, the developers introduced us to this amazing world, but only in Mass Effect 2 did they allow us to take a closer look at it. And in the third game, we watched his sunset, so it was the second part that was most important from the point of view of the development and disclosure of the universe.

And from the point of view of gameplay, it is the perfect balance between the crooked gameplay of the original and the mysterious desire of the developers in the third part to do as many shootings as possible. In Mass Effect 2, everything is in moderation, it does not tire of any peaceful episodes or shootings, switching in time from one to the other. And besides, it gives a truly fascinating and memorable final mission in which only the boss robot is knocked out of the overall high quality.

Great, without exaggeration, a game of no less than a great series. What will happen to BioWare over the years, no one knows, but the memory of one of the best fantastic universes will remain with us forever. 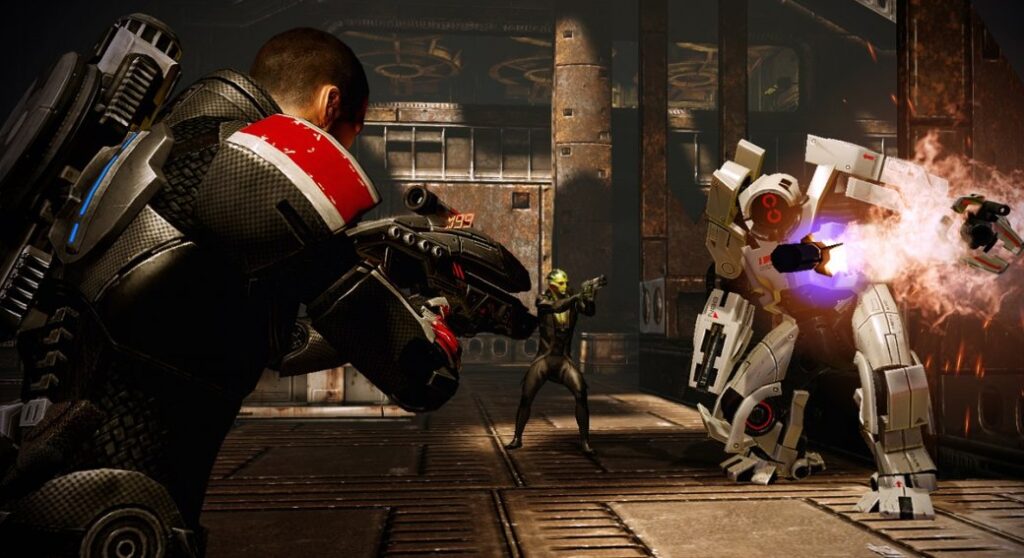 Or perhaps it only seems to us that way. BioWare always – or rather, up to a certain point – ideally fell into the spirit of the times and moved the role-playing genre forward, determining the look of the very new generation RPG that was necessary for players and industry at that time. It was in the Mass Effect series that a dialogue wheel was born, it was this series that showed that neither an isometric camera nor a seamless open world is absolutely optional for role-playing games – the living universe and sincere wagging of your character can be realized even in a third-person shooter. And this person itself does not have to be tuned, dozens of races, histories, and passive bonuses are not needed. Most players went through the entire trilogy with the same standard captain Shepard from the cover. Because I wanted to. Because he’s cool. 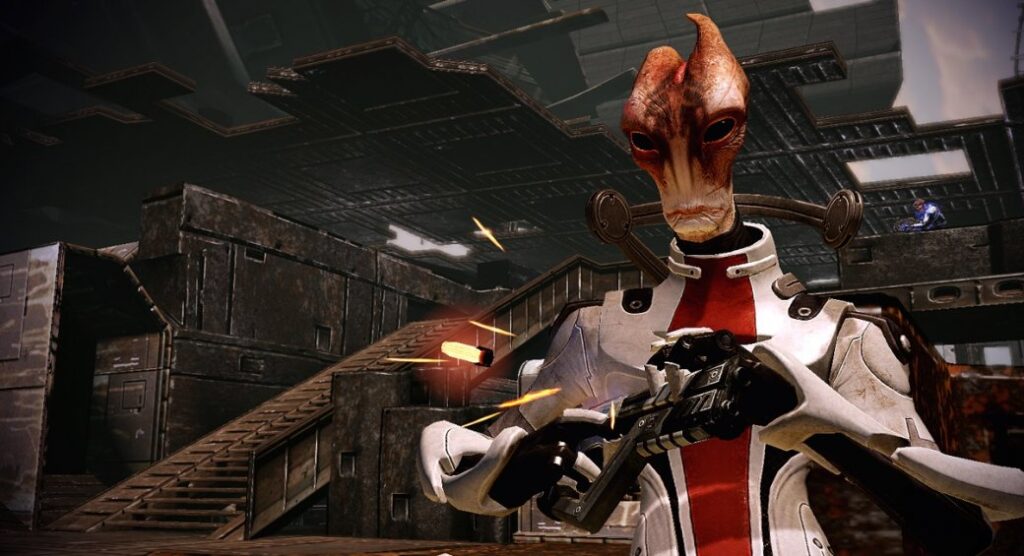 Partly due to the fact that BioWare showed a different path, the Poles from the then-unknown CD Project were not pecked because Geralt in The Witcher was not customizable, and in the second part, the controls and camera were maximally sharpened for the gamepad. Without Mass Effect, there wouldn’t be a Wild Hunt.

Perhaps the Mass Effect trilogy was indeed the main achievement in the history of BioWare, because it opened a new path for role-playing games, allowing them to evolve and survive in a world where isometric classics turned into a niche genre.