Waiting for a new hit from Supergiant Games I decided to go again TRANSISTOR and once again struck in taste, fantasy and the feeling of the style of authors, which, on the basis of the usual, it would seem, the material always make something bright, creative, man-made and nothing like. IN TRANSISTOR, Let me remind you, they interfered Noir and Cyberpunk, and we played for the red-haired girl of the Red, with which (and with us too) the sword was constantly talking – her beloved person was concluded. Is it possible to come up with something even more unusual? In addition to the campaign there is a local multiplayer, in which you can form your own detachment from all available fighters and fight another player.

Describe the world Pyre familiar words are very difficult – this is exactly the case when it is better to see everything yourself, hear and read. Especially read. Let me remind you that Bastion, and B TRANSISTOR An invisible author was present, the narrator, who, with his comments, descriptions and explanations, did not leave us and our characters for a minute. So, in Pyre It is not, the “fourth wall” finally collapses and heroes directly turn to us, to the player: they ask to determine the further path of the stars, make decisions and help them in every way to help them.

In fact, we read the interactive book, finding all new and new pages, and its events and characters come to life in our eyes and at the same time talk to us. It’s as if Heralt turned to the reader from the pages of novels Sapkovsky (Andrzej Sapkowsk9) and asked advice where he look for cursions.

Here is just the fictional universe in Pyre much more strange and unusual than in the “Witcher”. To speak briefly, that is, a certain lower world, where from the external referred to all sinners, rogues, criminals and those who do not fit into local “civilized” frames. And to free themselves and return, they need to fight each other during the so-called rites. In our subordination, just a detachment of such rogues, which travels to the lower world in a funny trailer and as it is constantly replenished. But for each fight you need to choose from all this Orava only three.

Further seemingly familiar to other games. We fight, “pump” characters, selling, buying new talismans (the only removable element of the equipment) and improvements for them, periodically stop for the night, solving something to do at this time – individually work out with one of the rogues to tighten his rank, getGlobal bonuses for the whole detachment before the next rite or go look for something valuable, to then sell it or put on characters. 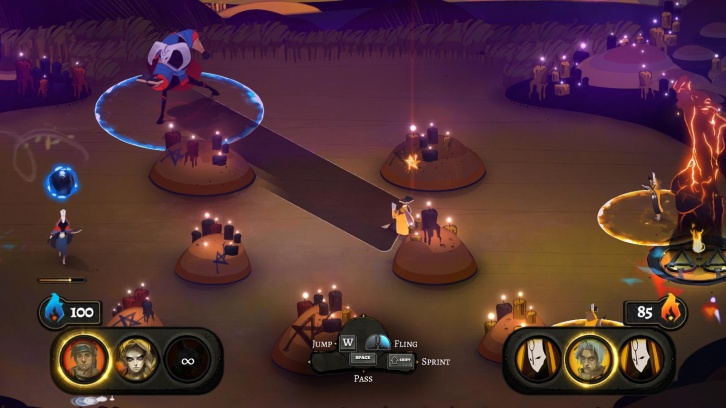 To the local combat system you need to get used to.
And we constantly communicate with our wards, which are still offended by something, ask for advice on various occasions or want to talk for souls. Someone is dissatisfied with the fact that we did not choose it to fight in the past rite, someone nourishes romantic feelings for another character and asks whether to confess, and someone is interested, whether he is a mustache, – with humor everything is fine here!

Also periodically need to choose your way on a global map to get to the next rite. Members of the detachment offer their own options where to go, motivating these personal reasons or, for example, promising that there is something valuable, and we decide who to listen. And all these decisions and answers in dialogues affect relationships with characters, on their bonuses or fines in the next rite and what ending you will receive. And, of course, on that, whether the mustache will get one of the rogues ..

In addition to history with a mustache, all this in certain variations we have seen both in other games, for example in the same hand drawn The Banner Saga. But really unique Pyre Make two things. Firstly, this is a special, nor not like a similar atmosphere, which develops from a gorgeous picture, magic music Darren Korba (Darren Korb), unusual setting and colorful characters – they, by the way, fight in strange masks and speak some kind of languages.

Among our wards there are a demonservice with horns, a minstrel, a small creature, similar to a parrot, a worm, outstanding himself for a noble knight, and even talking dog with a mustache (whom she, as you already understood, may well lose it).

Everyone has its own character, biography and their whims. Periodically, someone gets ill, somewhere leaves or refuses to go to battle if the character is involved in the ritual who he does not like. However, the rotation here goes in itself – the more often we put on the fight someone, the closer he to enlightenment and to keep the detachment forever. 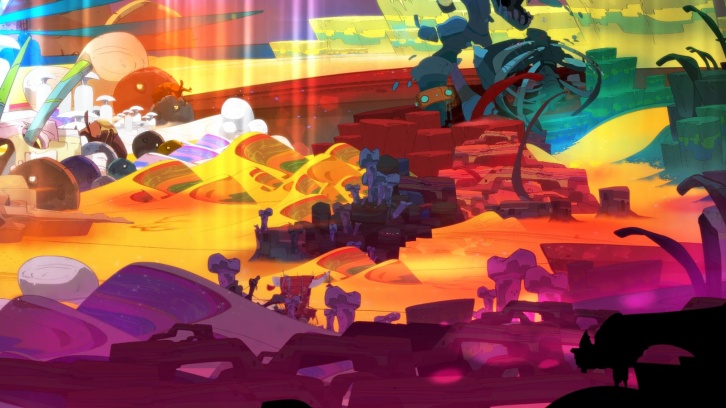 Other radical difference Pyre – This is a combat system, which is a local variation … Rugby. Fights pass on separate arons, the trio of our wards and enemies are located opposite each other, and in the center there is a sphere that needs to grab and deliver to the enemy database. This is made in the form of a kind of flame and has its own supply of health – every broach “ball” on the base reduces this amount.

Characters can graze each other, throw the sphere in the flame of the enemy, accelerate, jump, conjure spells that knock out the “ball” from the hands of the enemy and temporarily bring out of the game. In addition, each generates aura, contacting which also knocks out the sphere. And all the parameters and skills that we study as new levels / ranks have been obtained, “sharpened” to improve the effectiveness of these actions – to raise the speed, throwing distance or damage applied by the enemy database, cut the time before returning to the field, make auramore powerful and so on.

At the same time, the characters differ in specialization and some abilities – someone faster, someone slower, someone hits a spell on the line in front of them, and someone creates an explosive wave around him. All this must be considered, choosing a team to fight and building your own tactics.

At first, of course, such a system is somewhat discouraged, but it is necessary to get used to it, bother, understand the rules, and the excitement of these unusual battles is captured by head. It is a pity that they are constantly repeated and only sometimes they dilute them with special tasks when we need to jump over obstacles, destroy the crowds of enemies by spells or protect your flame in a mode resembling Tower Defense.

However, for Russian players much moreover that Pyre There is no Russian language, – there are a lot of text here, and without knowing English, many begin to pass it, which, it is clear that does not allow to completely feel the atmosphere and the plot. 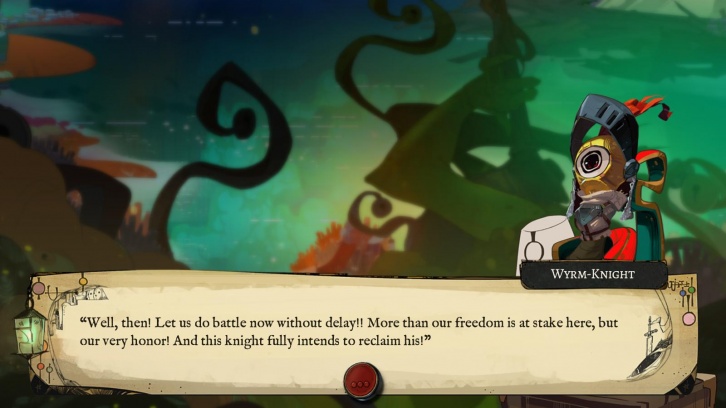 As we pass, we get more and more information about the world, characters, races, factions and complex relations between them.***
W Supergiant Games It turned out again, on the one hand, unique, bright and atmospheric, and on the other – a decorated-style game, which, among other virtues, was able to offer very unusual battles, reminiscent of rugby with magic. I wonder what they will come up next time?