Probably, everyone heard such an expression: “The game is a work of art”. The possibilities of modern graphics and designs allow you to create projects that are little inferior to more familiar forms of this very art – books and films, and thanks to interactivity, developers can achieve and not available for directors and writers altitudes. Unfortunately, sometimes many understand the phrase about the “work of art” too literally and forget about that very interactivity. So there are games that can boast a beautiful graphics and an exciting plot, but are, in fact, the same film, in order that one or more heroes can be controlled, – there is no one opportunity to influence the course of events.

Studio Fullbright, which four years ago already pleased all lovers of adventure quests magnificent Gone Home, never hidden that their new game will be another similar “walking simulator”. However, this genre, despite all the simplicity of the gameplay, is not estimated at all by examples that can be called real masterpieces. Tacoma At a minimum, swung on the laurels of that very Gone Home. It turned out? 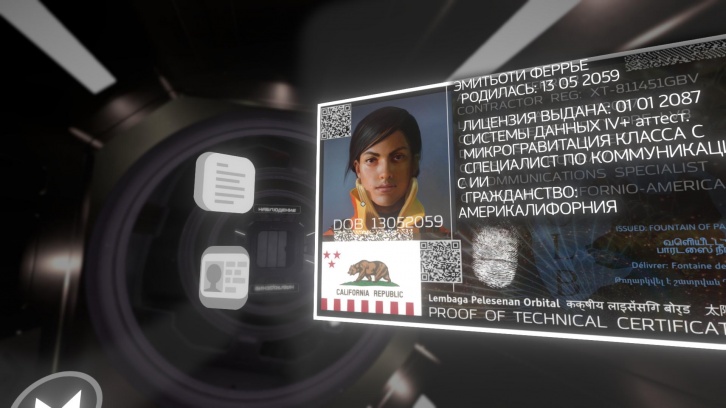 Everything that is known about the main heroine is unlike the crew of the station, information minimum.

Near future. Humanity might and mains the solar system – flights beyond our planet have long been ordinary, in space people and work, and rest. “Tacoma” – a small logistic station located in the orbit of the moon. Crew, or rather to say serving staff, – six people and one artificial intelligence. Work in the interplanetary space is not much different from the modern office routine – meetings, reports, plans for the future, Friday, marking the end of the working week ..

So it was on the “such” – until time. For an unknown reason, the station fails (and any malfunction in orbit, despite the operation of the routine work, still remains an emergency) – and there is no trace from the past serenity.

However, at the time of the start of the game everything has already ended. The main character – the hired worker of the Corporation “Venturis”, the owner of the “Toma”, arrives at the station a few days after the crew last led to the connection. Her task is to extract information about the last days of work recorded by the onboard AI “Toma” and transfer it to its employers. It is clear that something happened on an accidental orbit – whether the accident, or sabotage, – but we still do not know anything about it. Actually, the goal of the game in this is to find out what exactly happened to the station and its crew.

Contemplatively research assists that it will not be possible to change the history. In the power of the main character only to deal with several days earlier. We help us in this local AI with the uncomplicated name “one” and the system of automatic storage of information operating at the station. Numerous sensors and cameras not only transfer the readings of devices and devices, but also allow you to record motion and show crew. Then these records can be reproduced – the actions of people in the form of holograms are projected in the same place where they moved and communicated in the past. 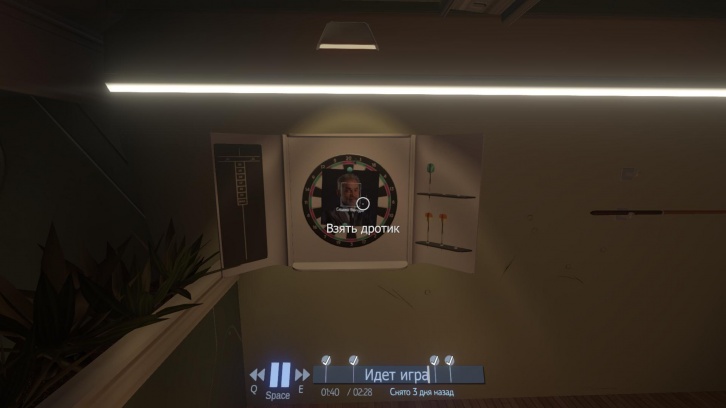 Portrait of the owner of “Toma”. Does this do not violate corporate ethics?
This allows the main heroine to explore the available records to the smallest detail – in any saved place and time, with the ability to pause and rewind. In addition, if someone from the crew at some point was connected to a personal communicator, it is possible to read this data. And there is a lot of useful – chat logs, letters, articles on the network and the like little things. A lot of information can be obtained from ordinary conversations, and if something is incomprehensible, it is not a problem to rewind the record and listen (and also to view) the desired piece again. Finally, the study of the things left at the stations – notes, letters (this time quite traditional, paper), and even some baubles, can also give food to thinking, and sometimes it represents a source of quite specific and valuable information.

Wander around the station, listen, read, solve simple puzzles (usually this selection of ciphers on locks or terminals) – that’s all the player can take himself here.

Earth in the porthole

It is clear that in this genre in the first place there will be two factors: the design of locations and, by itself, the plot, as well as the ability to present it correctly. With unearthly (we are in the lunar orbit) beauty in Tacoma everything is not as good as I would like. From the Spirit seen definitely does not capture – and the fault is not only a fairly average technological level of graphics. Before us, only the usual base in space with the usual crew. Neither your imaginable imagination of structures, nor magnificent types of space or moon – if you do not notice the star void outside the windows in the premises and the lack of gravity in the central module, then we have a typical office of some small company. If it is this effect of everydayness and wanted to achieve developers, then the honor of them and praise, they reached their goal. The development of space is not perceived as a feat, but as ordinary work. 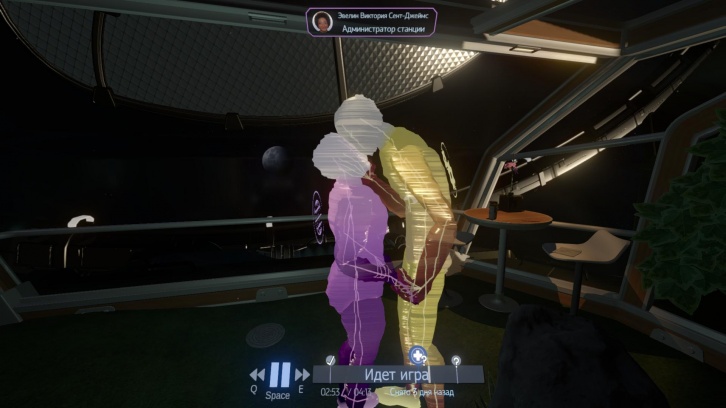 Holograms kiss. This time – Miscellane.
On the other hand, there is enough little things for which the eyes clings and which make the world of the game quite dissimilar to our current reality. The design of some simple things, such as the roll roll of the unusual triangular shape, or dry official data on the main characters (a passport of a citizen of a certain California republic, that very, with a “bearish” flag – how you?) Create a picture of the world of the future, in which you start to believe. The most important thing is that it is unobtrusive, as in a good science fiction book, where the author can manage to do without huge references explaining each piece of work. Separately, it is worth noting well-working QR codes – a trifle, but nice.

The world of the game turned out to be solid and looks quite reliably. And this is not a clean “Sai Fi” – the cyberplate here also found a place. Mighty corporations, automation of everything and all, information as the main value – all this is in place. Finally, the future shown in the game clearly will have to fans of SJW – the fact that the developers are nervously breathing to all kinds of minorities, we also know Gone Home. Here: the blurred boundaries between “gender”, same-sex marriages, the crew of “Thaoma”, as the purpose consisting of representatives almost all races – everything is as we love (or not). For lovers of exotic, the movement of the rights of AI – so that in the tolerant future there was for what to fight against the opinion of the majority.

But as concerns directly the plot, then things here are far from the best. History – There is nowhere to a clinic, there is not enough drama, nor depths. Her even “to set” will not work, if I wanted, – nothing to tell, so everything is simple.

The ending turned out to be predictable and very fresh, the characters, despite all their variety, can not surprise anything. Family problems, greed, throwing between a sense of duty and fear for their lives, ambition and sorrow for lost loved ones – Standard feeding of the usual drama, which is unlikely to be able to surprise a modern player. 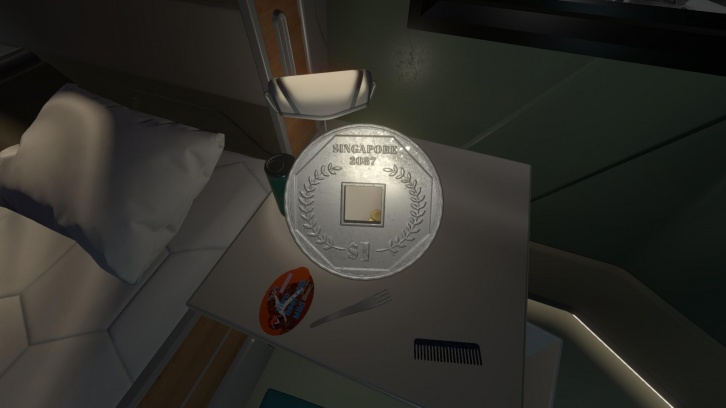 Many items in the game can be taken in the hands and consider closer.***
As a result, such a primitiveness and spoils – until the very end we are waiting for some unpredictable story turn, but the events unfold exactly as you expect. Union, if you wish, you can unravel it almost in the middle of passage, which, by the way, takes. And even if not to miss a single dialogue and try to learn all the available items and records.

Most is the most sorry that in such a reliable and thoughtful to the smallests of the world of the future, we were able to see such a simple and short story – the potential of the game remained unexplored.