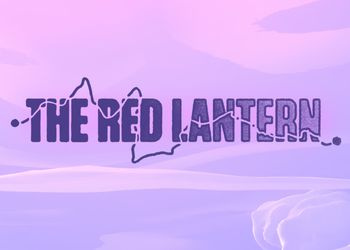 The word “ROULITE” is mainly associated with us with two-dimensional platforms or adventures with a view from above, but not with the games in which we are watching what is happening overlooking the eye of the protagonist. The Red Lantern just belongs to the last category, and otherwise it is pretty original: where else can you control a dog harness, worrying about limited resources and using the benefits of wildlife?

In a long way

main character The Red Lantern goes to Alaska in search of a better life. At first she chooses five dogs that will help her, – the player is offered about a dozen pieces, which look different and each of which has their own character. Someone is shy, someone reluctantly let me to themselves, someone aggressive – some moments in the game will depend on the flock, but it is possible to reach the final and not admiring all this, just choosing the most charming.

After that, we are transferred to the time when the harness is fully ready – the dogs are tied, a small handful of resources is taken, we can sit in sleigh and go. The heroine moves on its own, we only define where to turn on the next fork – to the left or right. By pressing a separate button, a map is called, which allows you to roughly understand where we move after the next turn – towards the mountains, to the fruitful lake, in the forest or somewhere else. As a result, we need to get to the girlfriend’s hut at the other end of the map – we learn it on the red light on the door. Sorry to kill, but sometimes necessary.
But neither the first nor the second time it will not work. The Red Lantern – the real “rowla hat” with the elements of survival, so get ready for a series of unsuccessful attempts. At first, too many things, the girl does not take. Two pieces of meat are needed to feed yourself and dogs. Three cartridges for an old shotgun will be useful for hunting or self-defense. One piece of birch bark will be used when diluted fire. Finally, there is one first aid kit – suddenly the wounds will have to patch.

It was necessary to prepare better

IN The Red Lantern Interestingly combine elements of different genres. On the one hand, the events are generated randomly – on their path of the heroine and its faithful pets fall into a variety of situations, there are about a hundred. On the other hand, it is necessary to react to all these events, thinking about whether it is worth using a valuable cartridge, whether dogs are needed in food, or you can still wait.

When approaching the event, time slows down and you need to quickly make a decision.

The scale of starving the heroine is divided into eight cells, and each time a reaction to this or that event is one of the cells devastated. The barking bark ended, and you successfully stumbled upon the desired tree from which it can be construed? Decide if you need it if you get hardened because of the energy spent. You already have little dogs, they would fry meat, but without bark do not divide the fire. Maybe a little bit of wait and dogs during the run accounting rabbit or partridges? They and raw meat will easily eat. But are they accounting for someone in the next minute?

The same with hunting. Northern deer will leave behind three pieces of meat – enough to make a heroine to eat, or you can feed dogs. The cartridges are very little, it is difficult to find them (but it is possible), and in case of failure or missed, or just wound the goal and it will run away. The moose meat is even more, but it is not just to lose the cartridge with him, but also health – after the second injury, the heroine dies, if not forgotten. In such situations, you regret that the river did not kill the beaver for the sake of two pieces .. 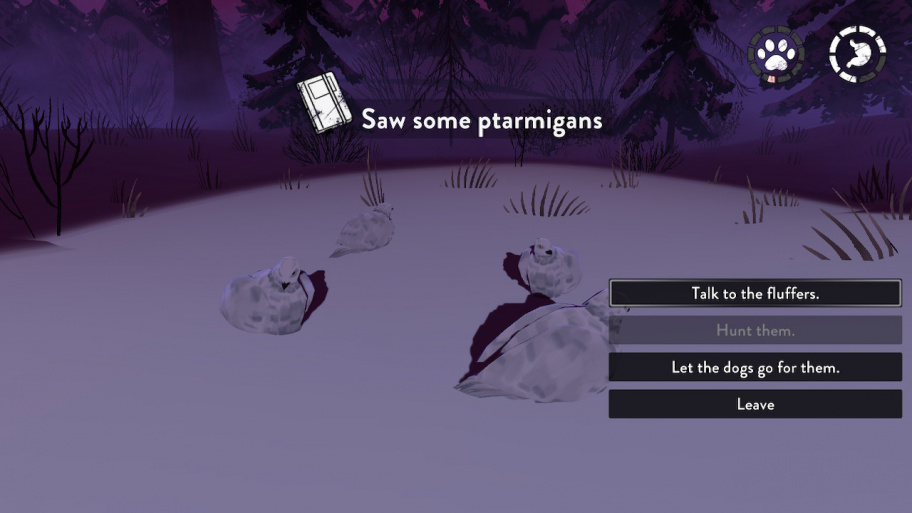 Sorry, partridges, but once – the dogs die.
Telling detail about the most interesting situations do not want – The Red Lantern can be punished and encouraged for curiosity, so it is better to study everything yourself and draw conclusions. In the case of some animals, it allows you to immediately get a gun and go to hunt, or see how they will react to your presence. The outcome is not always the same – Owl, for example, sometimes nothing rest leaves, and sometimes drops the cartridge. And next time you, remembering this, already make a decision – do not risk and go further or still try to get a cartridge.

Sometimes I get food from unexpected sources, even without spending resources, and sometimes excessive curiosity leads to crying results and almost never leaves a chance for a successful race. For the sake of the bark, it also does not always have to suffer – although it rarely happens, in heavy situations for good luck can be reached. And when you heal their wounds by the fire, the first-aid kit see the option “cure the wounded dog”. 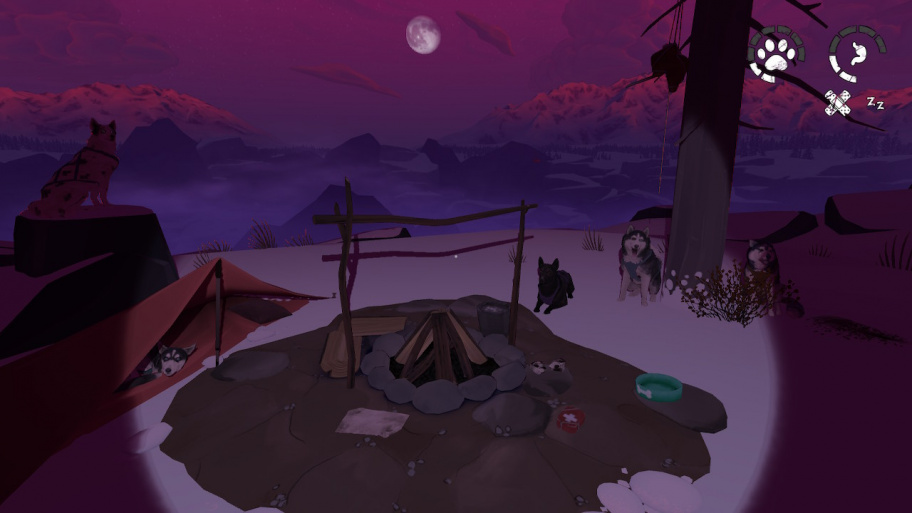 Camp can be divided almost anywhere.

At the first attempts to go through the game, the journey will end about halfway – the fire will not succeed without birch, then the animals do not find, the heroine will simply die from fatigue, because it will not be able to fall asleep in the broken camp because of the hunger. Fortunately, the progress system and permanent improvement is there, and it is implemented very original. Each unsuccessful passage – a nightmare of the girl who she sees before entering the location. She writes in a diary experienced events in a dream and adjusts the resource list. For the first time I died of hunger, and the heroine decided to take with him one piece of meat and one piece of bark more.

Sometimes during random events come back on objects and tools that simplify some processes. The easiest example is an ax that is unlocked forever. With him, the birch birch can be produced without emptying the scale of hunger, and some other options become available – again, I will get off without spoilers. And when you come to a harness to frozen water bodies, you get back to the seats for fishing – while the fishing rod somewhere cannot be deleted, fish will not be caught. In my case, the fishing rod was found much later than almost all the other objects, but no useless among them. 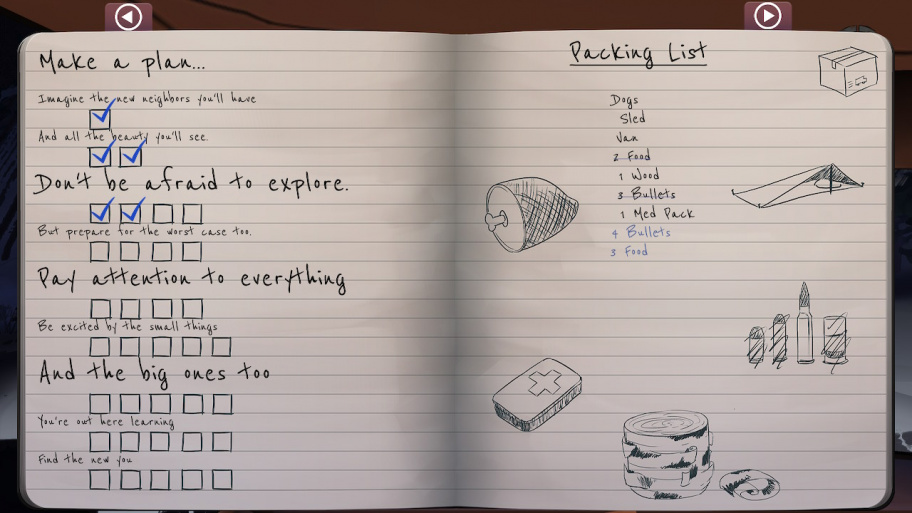 The heroine made conclusions – resources need more.
So that the progress does not stalled, you need to travel throughout the map (more often to change the direction, and not to move on one way for each attempt) and interact differently with detected objects and animals. The beaver at the river, of course, I want to immediately shoot, if you are hungry, but sometimes it is better to try another opportunity – especially if you understand that these pathetic pieces of meat before the finish. Filling each line in the diary was almost as interesting process for me as the passage itself – the more unique scenes you see, the more things will be in the sleigh at the beginning of the next passage.

From the side it looks a bit strange – why the heroine takes an ax and fishing rod only after the nightmare, and does not want to simplify the path to the hut and immediately score Sani with these objects? But as a game mechanic, from which realistic is not required, this is an excellent idea.

The role of the girl brilliantly playing Ashley Burch (Ashly Burch; Elo from Horizon: Zero Dawn And Chloe Is Life Is Strange). It is very convincingly she reacts to unpleasant heroine moments, and cute communicates with dogs. 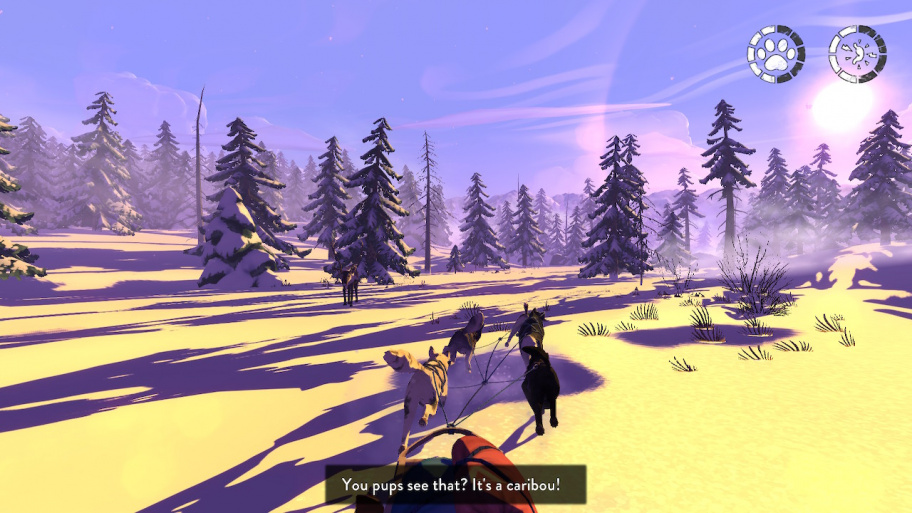 The Switch version is not very good – and looks like so-so, and graphic bugs meet.
Understand what the game is the main drawback, just – the situation early starts to repeat. I found a jacket with a cartridge in my pocket in every third passage, the wolf attacked me too often – in these moments there are no choice, so it’s not a variety of a variety of. Monologists of the heroine at the same time you hear the same. But after that, they rush to an unprecedented event earlier, then another one, and the game begins to like as much as at the beginning. And successfully reach the finish line, many will probably manage long before the same scenes are sick.***
The Red Lantern, Despite the elements of survival and the need to start a trip again after death – a very calm and peaceful game. We chase on a harness on a pretty snow-covered location, immerse yourself in the atmosphere for unobtrusive pianine melodies, listen to the pleasant voice of the main character – everything is very cute and soulful. Yes, and animals are charming here, starting with large moose and ending with the skins, to which dogs are constantly run by, receiving instead of delicious production of gas cloud in the nose. Very good game, equally successfully showing the danger and charming wildlife.

Pros: Original confusion “rowlite” and survival simulator;dozens of unique events that allow different react to hazards and potential traps;The progress system encourages the study of the map and the study of all available paths;wonderful atmosphere;Great voiced main heroine.

Minuses: Events early begin to repeat, especially those that rush at the beginning of passage, and the monologues of the heroine are repeated with them.