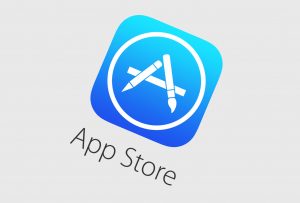 Free and high quality wet dream of any gamer. However, in our time, it is quite problematic to find, many toys cost a lot of money, and more cunning ones pump money out of you through in-app purchases, without which it is impossible to play. We have already talked about the best representatives of the game industry for the Android platform, it’s time to talk about the “apple brother. So, Top Free Games for Apple and iPhones in particular.

After the resounding success in the form of a browser game, the game shot very loudly already on the Apple platform. All canons from the original remained intact: you start with a small dot to absorb other players and grow more and more. But the bigger you are, the lazier and slower you move through space. But the gravity of your body will be higher and higher! There are, of course, in-app purchases, but they are not imposed and it will be possible to play fully without investing a single ruble. 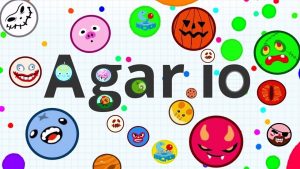 Speaking about this game, first of all I would like to say about the graphics. Yes, not the plot and the gameplay, but 8-bit graphics in a new reading. Nostalgia and tenderness are guaranteed. The goal of the game is pretty simple to go over the road, but it gets harder every time. Cute funny characters, various nice “buns and irony, a thread stretched through the whole game, a wonderful brainchild, for which the developers are certainly not ashamed.” And by the way, heroes are unlocked both for money and for in-game currency. Retelling games in a new way does not always work well, but this is not the case. Tetris in a new way, but one that will drag on for a very long time. The task is simple and known to everyone: arrange the blocks so that they are removed and do not fill the screen. The only minimum is that the free version has quite a lot of ads, but otherwise, a great game. 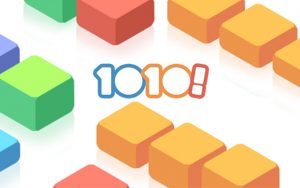 Post-apocalypse? Cool! The era of the 70s? Atmospheric and cool! Post-apocalypse mixed with the 70s era atmospheric, cool and give two! But to the point, you are Professor Joe, the humble scientist and the hope of humanity. However, you have neither super strength nor super mind, so you have to improvise. Although, you have a mustache! A mustache is already something, you can become the hope of humanity. All those who love atmospheric science fiction, simply must pay attention to this game. 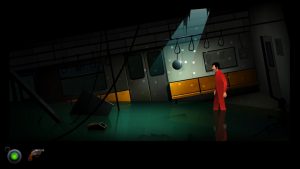 There are a lot of cute things in Top. But this game is definitely impossible to pass by. You play as a girl and her cat. And they really want to eat, but monsters have occupied all the trees with fruits !. Although, the cute girl has something too, she can turn monsters into apples and oranges! So, it will turn out to eat, if only to have time to run your fingers across the display, it is more and more difficult to keep up, but you can handle it, you don’t want to leave the girl hungry? The game is very addictive, but be careful, don’t break your fingers!

Dots: A Game About Connecting

Different points on a white background and the same need to be connected. Minimalism, serenity and peace. This atmosphere encourages complete immersion and concentration on the game. There are “goodies” that you have to pay for, but this is not necessary, the free version is just great. 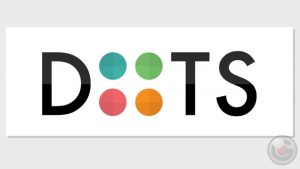 Have you heard something about the Darwin Prize? This game is something like a funny anecdote on this topic. Although it may seem that this is too frivolous, believe me, the game is wonderful! An adventure with 18 characters and different outcomes. Simple but addicting puzzles will make you spend more than one evening working on this game. 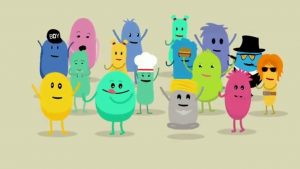 The talisman of Internet culture is flying to meet adventures across galaxies and universes! Crazy game, sets a crazy pace with its crazy adventures! Bonuses drip, the cat’s outfit changes, the eyes will not get tired of the same. Oh yes, and it’s better to play with sound, the soundtrack is on a level. There are in-game purchases, but everything is insignificant: costumes and colors do not affect the game in any way. 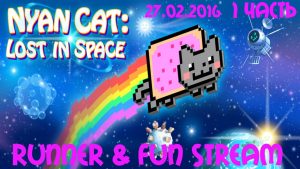 The radioactive wasteland has a real army of fans and, I must say, the famous series fully deserved this glory. Branded, sometimes blackish, humor, mutants and a handful of survivors, half of whom became raiders-robbers. How to survive in this world? It’s hard, that’s understandable. And that is why people, like air, need an intelligent leader. And who, if not you, can do it? So you have to build a shelter, protect its inhabitants and develop society. The atmosphere of the series is in place, brand chips and references too. The game will appeal to both fans of the series and those who have never heard of it. 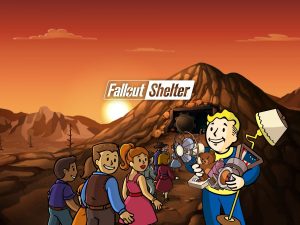 Hit, which fired at once and fired so that the roar has not subsided until now. How can a puzzle die out like that? Maybe with the right approach to gameplay and design. Just relax and have a meditative pleasure from the gameplay and music, which is also on a level in the game. Many levels and everything is free. Play and don’t think about anything!