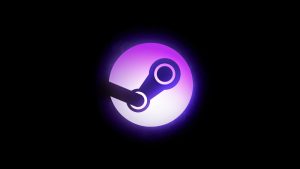 Each of us sometimes wants to play something new, but we do not always have the money for fashionable novelties. For such situations, we present you the Top 15 free games straight from steam.

War Thunder. Pretty good arcade game in the setting of World War II. The gameplay is entirely devoted to the military equipment of those years, such as: aviation, navy, heavy armored combat vehicles and everything in that spirit. And the gamer on the battlefield will have to defend the honor of the country that he chooses, since the choice allows you to roam.

All kinds of game modes and types of battles will help everyone find something to their liking. The gameplay and graphics will not disappoint. In general, I strongly recommend that all lovers of large-scale battles read. 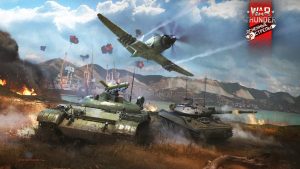 Everyone knows that Counter-Strike, a game that has been played by more than one generation of players. However, the game does not focus on just one mode, there are a huge variety of different mods, and Nexon: Zombies is the most notable among them.

Crowds and hordes of the living dead, this is what can unite and make even such irreconcilable enemies as terrorists and commandos fight back to back. A bunch of guns, different game modes and many maps, it’s definitely worth getting to know, the game is clearly not for one evening.

13. The Pirate: Plague of the Dead

Who didn’t want to be a brave and daring pirate as a child? The romance of sea wolves attracted many, it cannot be denied. And in The Pirate: Plague of the Dead there is an opportunity to try on this skin! A sandbox in an open world where everyone can feel like a brave robber. Add to this mystical abilities, in the manner of voodoo magic, which will help you resurrect allies.

And speaking of allies, here you have to assemble your own brave squad. Each team member will be very important, because each of them has their own advantages. An open world, good graphics, weather events, a campaign and numerous quests that will certainly not let you get bored.

An unusual vision for a long-known whole subgenre of games known as “tower defense”. You take your character, and go ahead, defend your fiefdom.

Oh yeah, you don’t have to tirelessly farm billions of gold to upgrade your towers to overcome new waves. Just run across the map and slash the monsters right and left! Also worth noting is the very interesting cartoon graphics. In general, it should be read without fail. Do you smell it? What could be more beautiful than the smell of burnt aliens in the morning? Yes, you’re right, nothing. And therefore, it’s time to gather a squad of four people and into space, into space, comrades, to kill these evil inhabitants of other planets. There are four classes, so everyone can do this enjoyable job the way they like!

It’s especially fun to exterminate the space threat with your friends, so download not only yourself, but also add your friends! 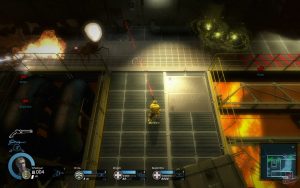 World War II themes are one of the most popular in the gaming industry. However, unlike the previous game in our top, here you have to take on the role of a soldier. Global MMO in a timeless setting, everyone can choose their own country and swing, swing.

Different classes of characters, influence the course of the battle in the way that you can best. Huge arsenal of guns and equipment! Be sure to try your hand at the battlefield with real players. 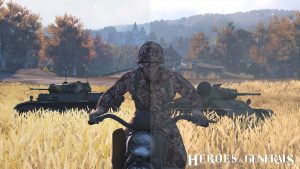 And again these ugly “green men” turned their gaze to our wonderful Earth. Well, let’s send them back. Again. However, this is a strategy, which means it’s time to test your tactics and strategists skills.

If you feel that this world is without you, as if the USSR was in World War II without Zhukov, then go ahead, show these “greens” who the real commander is! 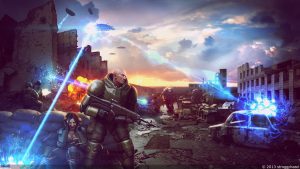 Shooter? Fighting? Arena? MOBA? No, the best of everything in one game! You choose a champion and show in the arena who daddy is, along with your allies. Dynamic, fast battles that require reaction speed and skills from the player, but you learn and get involved very quickly.

In short, many champions, dynamic battles, and much more. You can’t tell about everything, so it’s worth playing. Who hasn’t played the mafia. The game of trust always tickles the nerves. However, this is not really a mafia, although the sensations may be similar. You find yourself in the company of four surviving poor fellows, however, one of them is under the influence of a dangerous infection. And this someone alone will turn into a dangerous monster, whose goal is to kill others and infect. However, who exactly is this “wolf among the sheep”? Finding out this is sometimes very difficult.

You, of course, will find all sorts of useful items and weapons, however, to win you will need to find a common language with the team and follow everything very closely and quickly respond to stressful situations. In general, thrill-seekers should definitely pay attention. No money for overwatch? It doesn’t matter, Paladins is in a hurry to help. A team shooter with a wide variety of champions. Each of them has unique abilities, which brings variety to the gameplay, each battle is unique and inimitable.

In short, the genre of games loved by many, with its own vision of the gameplay. 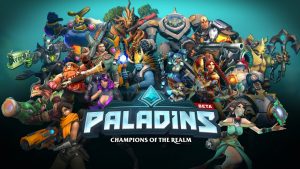 Epic battles on the distant planet Auraxis. Eternal confrontation between three factions – which means a great opportunity for a gamer to defend the honor of his team and together lead it to triumph and domination over others. It’s simple, you choose your race and go on the battlefield. But. The huge “But” is that the battle takes place on an open map between three thousand players at once! Seize control over enemy bases and win. Naturally, the game is replete with vehicles and guns, and, of course, there is a pumping system. All in all, the battles are really epic! For almost ten years this game has been at the top of the Top Free Games on Steam. It was this game that made the team RPG genre so popular. Excellent humor is the highlight of this game. Well, the famous “hats”, each player can make his character unique and unlike his allies and enemies. Timeless classics from Valv! Cars, guns, explosions, post-apocalypse. The game is oozing with testosterone! You collect your car like a seasoned mechanic and go into battle! The limitation here is only the creative flight of your thought!

All fans of “men’s games” will definitely love it! Ah, the word everyone knows. Dota 2. How many exams were not passed, how many couples parted? And all this is just because of the four letters and one number. Yes, this is it, Dota 2. The most popular MOBA with millions of players every day. Five players on your team, five on the enemy team, you farm creeps, buy clothes, upgrade skills and destroy! The list of heroes has long exceeded a hundred.

And the goal of the game is very simple: destroy the main structure of your opponent and don’t let the enemies destroy yours. If you haven’t played this legend of the genre yet, for some reason, then you should definitely do it right now! Have you heard something about Diablo? Or maybe you played and you liked it? This game is for you! Path of Exile is a game about a poor traveler who finds himself in a world hostile to you. You choose a class, swing along such a ramified system that it will take more than one day to understand it, real hardcore for lovers of the old school! Complete freedom of creativity, definitely one of the best representatives of the genre!