Until the 12th of this month, Los Angeles hosts the largest exhibition of games in the solar system, namely: E3. Over the next four days, we will be showcasing some of the biggest projects from the major studios in the industry. The first day was taken by a presentation from EA, which we will tell you about.

Well, another open-world shooter to play with your BioWare friends. The game setting is a world of the future, in which everyone lives in a state of constant threat – a world where absolutely everything is asleep and sees how to kill you. And even if a person manages to escape from giant monsters, then a storm can simply destroy him. Such is the optimistic open world where everyone has the same weather, landscape and conditions.

You will have four ways to choose your character: ranger, storm, colossus and fighter. Naturally, everyone has different stats and skills, although the general outlines are already quite familiar to us: someone dances, someone kills, someone helps, an ageless classic. On tasks in this world go to four, after which they return to the base.

Praise heaven, there will be no loot boxes, for an additional fee only the appearance. Scheduled for release on February 22, 2019 for all platforms. 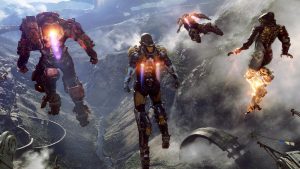 Some details about the game from IGN

Indie game, which was known back in 2016. The game tells the story of a girl traveling through flooded cities and suffering from loneliness, as a result of which she turns into a monster with red eyes and feathers. After her, in turn, runs an evil monster, which has long been converted. The game attracts with its interesting and beautiful graphics. A release is also planned for all platforms.

The second part of Unravel

In the sequel, we are waiting for the adventure of two thread men who are tied with a long thread. The game will have the possibility of joint passage, but it will be possible to complete the game alone. In general, the game is in a very nice setting, we will wait. The release will take place today or tomorrow on all platforms.

Unravel Two – details from the developer 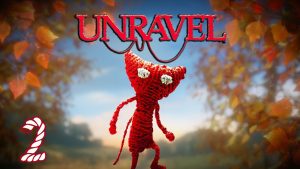 The mainstream has not spared the brand new Battlefield. How the Battle royale will take place in the next “battlefield” is not yet clear, we only know that players will have to interact with the team. In addition, even more destructibility will be brought into the game, tanks will ram right through houses. However, reproaches in the style of “break – do not build” apparently hurt the developers and the game will be able to rebuild structures.