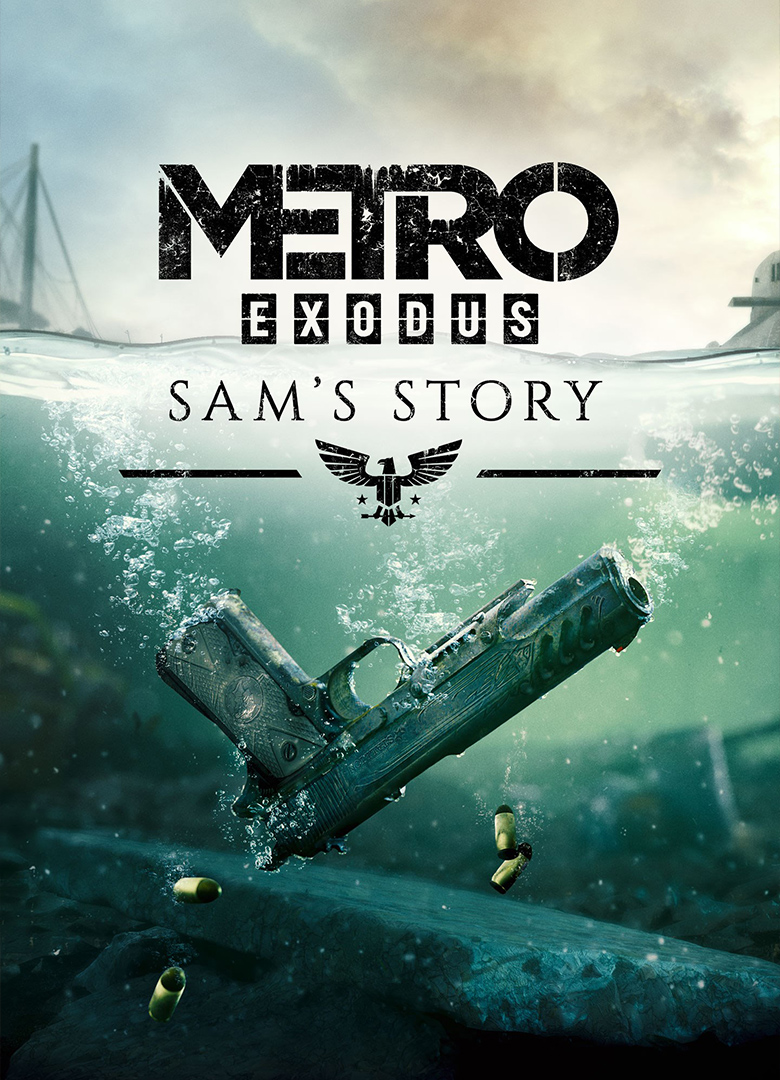 Actual for the platform: PC

What did the developers from 4A Games store for the second and, apparently, the latest addition to Metro: Exodus? Yes, then they are rich, then they saved up: “The Story of Sam” – a balm for the soul of a gamer yearning for swamps, spiders, sleeping tombs and hilarious abuse of bandits. Of course, for the sake of a strong ending, the authors had to draw a whole location with the ruins of the city, come up with a couple of new mutants and screw in references to modern mass culture. But the main thing in the DLC is not at all.

The plot of the Exodus came to an end: the Aurora furnace went out forever off the coast of Lake Baikal, people who escaped from the radiation and horrors of Moscow found a new home, and some even got a family. But the adventures of the most mysterious team member, American Sam, are just beginning. His path lies further – to Vladivostok, from where the former marine plans to get to the United States, where his father is waiting for him. Well, that’s in theory. But in practice, the price of a ticket grows with every battle, and it is unlikely that at least some civilization has survived across the ocean, not to mention the ancient old man.

Fortunately for gamers, the hero prefers action to reflection. Already on the spot, Sam finds out that the only transport for returning home is an atomic submarine moored in the dock with the symbolic name Mayflower. Only for it is necessary to get fuel. And where exactly it is hidden, knows only the captain-submariner living as a hermit, copied, obviously, from Vasily Arkhipov. He also refused to launch missiles across America – this did not cancel the disaster but added character to the character. Also connected with it is the most fun episode of the addition. For once, the developers were able to properly portray the booze, so that the replenishment club at the cool alcohol quest club – Metro: Exodus is not ashamed to be on a par with The Witcher 3, Red Dead Redemption 2 and Kingdom Come: Deliverance.

In general, in “The Story of Sam” there is more humor than in all chapters of the original game combined – starting from quoting a meme about Peter the Little Pig and ending with the hero himself. Unlike the depressing silence Artyom, he does not go into his pocket for a word: he confidently coughs up affairs with the leader of the local group, then he releases phrases from old fighters during fights. For example, if a dead enemy is approached by a walkie-talkie, the American mutters under his breath: “He will not answer.”

But the DLC also found a place for bitter irony – how do you like the quarrel between two brothers who, even after the end of the world, cannot divide the business? The question of the chances of the survival of a pair of loonies among the mutants, ruins, and swamps of Vladivostok, of course, is out of the question – the game learned to joke, but did not get rid of naivety.

Real marine Russian bandits is not a hindrance

In preparation for returning home, Sam pulls himself to the fullest. He wanders through the ruins in search of notes, parts, and chemicals skillfully carry cabbage to local residents and methodically shoots mutants. The latter, by the way, have replenishment: the authors added snakes biting their hands when trying to search the corpse, electric spiders and the real vampire. Seriously, he seemed to have escaped from a film about Dracula – a winged reptile appears in a flock of bats and strictly to sinister music. On the other hand, the process of exterminating the monster is no longer framed so pompously and in places crookedly.

There is a similar story with electro sciences. It seems to be a good idea to take and make arthropods throw lightning that extinguishes all the equipment around, including the night vision device and the hero’s flashlight. Just to fight these creatures in pitch darkness is a dubious pleasure. A lighter during reloading weapons or using a first-aid kit, if anyone forgot, you have to put out. As a result, the arachnophobia level came out shorter than the bunker in the Caspian, but much more dreary.

Overcome difficulties Sam help new things in the arsenal. The 45-caliber pistol resembles the M1911, which can be found in almost every second shooter. And the automatic rifle assembled by Russian craftsmen is a kind of hello to the AR-15 and a tribute to the roots of the hero of the DLC. She also shoots incendiary cartridges – a useful thing against the same spiders, and she copes well with human characters. Both trunks, as is customary in Metro: Exodus, are allowed to be improved on a workbench if the necessary body kits are found among the ruins. A new type of transport – a boat – helps with the search for details.

The fact is that virtual Vladivostok is arranged in the manner of the Volga location from the main plot, only the scope is a little more modest, and a radioactive storm can catch a marine in the way. The rest is painfully familiar: swamp and land parity with banks overgrown with reeds, islands, and buildings sticking out of the swamps. Without a boat, some places simply cannot be reached. Meanwhile, thanks to the meticulousness of artists, I want to explore every corner. Mutants settled somewhere, gangsters nested on other patches of land. And not only them: people in the “History of Sam” learned to use monsters on the farm – they catch the “stoop” as they were called, and they are locked in a cage with a dynamo wheel. So the creatures produce electricity. This is just one of the details that work on the surroundings – the most powerful part of the game.

Apple from the apple tree

The add-on is in many ways similar to the main campaign – both visually, and technically, and with mood. Here are the same glitches, invisible walls on level ground, poor shooting, poor opponents and a naive script. But the atmosphere with shades of post-nuclear-Soviet life has not gone away anywhere, and the spirit of adventure is still in good shape. In addition, the shooter benefited from innovations: Artyom was replaced by a more expressive hero, pushing moral dilemmas to hell. Do you want to – all fell in a row, but no – be a good guy and go through the stealth. The choice of two evils is offered only in the finale itself – here you have the whole ethics. It’s time, 4A Games.

The layout with Sam’s Story is simple: like Metro: Exodus – the DLC will also please. And if the plot absurdity and gameplay flaws prevented you from enjoying the Aurora trip, the episode in Vladivostok will also cause a bunch of complaints. The apple never falls far from the tree. And thank God – you can’t find another such series of actions during the day with fire. Therefore, lovers of the genre and the Metro universe should take advantage of the game’s release on Steam. Are you still here?

Pros: charismatic hero; new guns and enemies; driving hand-to-hand combat; the coolest booze in the series and, as always, a unique atmosphere.

Cons: there are questions about boss battles and scenario moves; The former shortcomings of the shooter have not disappeared.