Toys are a noble thing. They relieve stress, distract from reality, give a lot of impressions, especially when you’re a student. You need to relax after study, renew and just spend a great time with your peers. By the way, when I feel that don’t have enough strength to do my homework and i need help writing an essay, I just ask for it. You can do the same and relax even for 1 day! 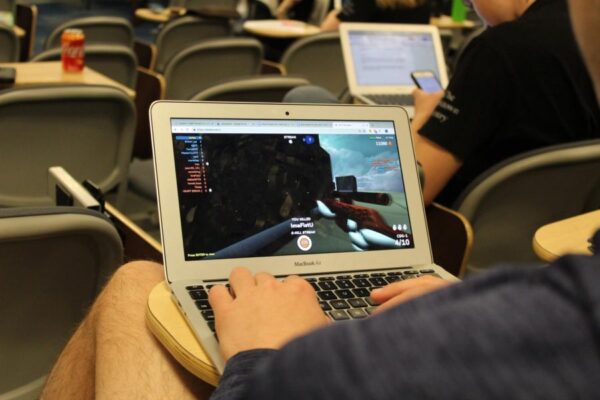 So let’s get it started!

Geralt, a specialist in destroying monsters, travels through the fantasy world in search of the girl Ciri, who can stop the coming of the Wild Hunt (just accept as a fact that it is bad and scary). Walking through fields and forests, killing griffons, sleeping with hotties, and joking around in between. He’s a reaper and a horn player.

Every part of “The Witcher” is obscenely good, and with each new toy in the series, it only gets better. It’s not even fair to the competitors, who should be a priori very ashamed of what they are in comparison to The Witcher. “Wild Hunt” is a super elaborate quest, many of which have an unrealistic cool story behind them. All completed quests and decisions affect the game’s ending, which is cool and motivating. The combat system here has gotten a lot of pluses since the second part, Marks has gained in usefulness, the world is detailed and open as much as possible.

Even those who just like cool novels will like it. And oh my god, how many epic cobblers the localization has spawned!

You are a mysterious someone, your goal is to get to the oh-so-distant mountain. The plot synopsis is described by this more than fully, but you have no idea what a magical and unusual gaming experience lies behind it. It’s a very meditative and beautiful game — the music, the graphics, the scenery — in which you have to go through very picturesque locations.

Everything here is unusual and offbeat. There is no map, no hints, no multiplayer as such, but! During the journey, you can meet another player and together with his move to the same mountain. You know absolutely nothing about your companion, except that he’s a living person. You have no means of communication other than a semblance of shouting, and only at the end, when you pass the Journey, do you see your companion’s name in the credits. It’s a very unusual and cool gameplay experience.

There is no point in advertising GTA. About the charms of this world know every Pokémon since Vice City. But the fifth part (aka the 15th game in the series) is something. My God, Rockstar has invested 266 million dollars in the development of this game. There are 3 main characters at once with elaborate characters whose stories are intertwined. The ultimate goal is to rob the U.S. Federal Warehouse, taking out over $200 million in bags and pockets. Oh, my!

In GTA V there is the maximum freedom: an open dynamic world, the ability to switch between the characters at any time, and as many as 3 endings of the main storyline. Steal, go to strip clubs, steal cars, make love, watch TV, do yoga, play Tamagotchi, take selfies, smuggle goods! You can do anything here.

And breaking news for those who’ve been sleeping in a hole for the past few years: GTA V finally has multiplayer. Now you can do the same thing online with your gang, and having friends is not necessary. But be prepared for Game of Thrones-style death – very, very sudden.

Deponia is a cool, humorous quest that’ll pump up your logic and erudition. Perfect for those who can’t stand shooters and consider usual quests primitive and boring. The plot of the quest lies in the fact that Rufus, tired of living on a small planet filled with garbage, one after another makes a ridiculous escape plan.

You won’t need a Druze-level IQ to get through, don’t be intimidated, but the puzzles and plot are cool, and the solutions aren’t always obvious. Deponia The Complete Journey is one of the best in its genre. The only thing – be prepared for the fact that the localization killed a good half of the jokes, so if English allows, pass in the original.

BROTHERS: A TALE OF TWO SONS

Fabulous cooperative puzzle adventure with not the most intricate plot, but a very powerful moral underpinning. There are two brothers whose mother died a long time ago, and then suddenly the father gets very sick. The only thing that can save him is the sap of a huge tree that grows beyond the mountains, forests, fields, and generally very far away. A strong and dramatic story, which the creators have managed to tell without the use of words (at least, understandable to humans) at all.

There is no co-op as such: you will play as both brothers at the same time (get your joysticks ready, it will be hard to play without them). At first, your brain will refuse to understand how it is possible, but with time it will get involved and even begin to enjoy this process. The gameplay is original and intuitive: just two buttons to interact with the world around you, and two sticks to control your brothers.

There is nothing, except the main storyline, and it passes quickly enough – for 4 hours. All the scenes and quests are very authentic and atmospheric, there are no repetitive mechanics, but there is great colorful scenery. The story itself is brutal and bloody in places, but most importantly, very magical and emotionally powerful.

Online team shooter from Blizzard with fantasy drawing. In the future, the machines have risen after all, just as promised by Terminator. But Overwatch was able to defeat the rebellious robots. Everything calmed down, the guys from the organization were no longer needed to humanity, so they were forced to go home. But after a few years, crime has picked up, and the members of Overwatch had to reunite into a team and take up arms, to save the civilians.

A multiplayer ideal elevated to an absolute. Based on the experience of Team Fortress 2, which is played even almost 10 years after its release, it is obvious: team shooters live on beyond time, just like Tsoi, once they conquer their audience. Blizzard didn’t impose its game – the buzz around it rose and didn’t subside from the early days of the beta. And after the release, the servers, which were designed for something inhuman, dropped. The flow of those who want to play turned out to be more than this very “non-human”.

Overwatch – it’s very different characters, each with their history and skills, a lot of arenas and modes (3 maps each). Persians do not need to be pumped up or customized, everything is decided only by your skills – nothing unnecessary. Gameplay is intuitive and understandable, and due to the drawing even your girlfriend will like it: will linger in the monitor while you create destruction.