Microgaming is one of the world’s largest casinos and slot game developers. The software company is rightly regarded as the pioneer of online gambling – claim 500 free spins.

The company was founded in 1994 by a Durban entrepreneur, Martin Moshal. Martin ushered in the new era of virtual gambling, which has grown gradually since its inception. 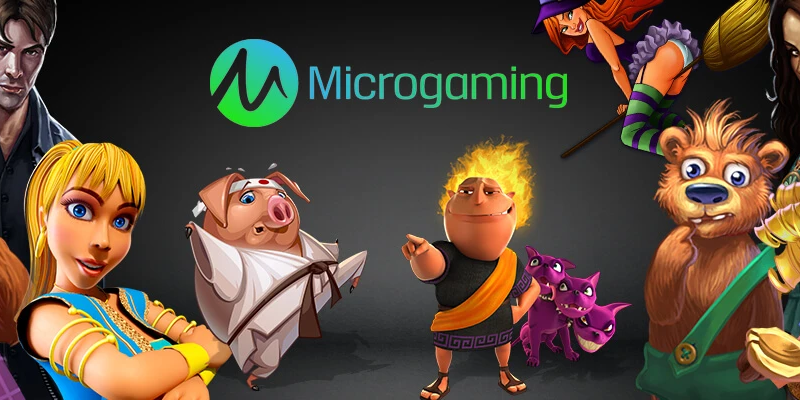 Microgaming’s first game was launched in 1994 when only a few people had internet access in their homes. However, the studio had a straight eye for the future. And thanks to their perseverance, people from all over the globe enjoyed a new world of virtual gambling.

After Microgaming emerged, other companies joined the party, and the market became competitive.

In 1998, Microgaming launched Cash Splash, a progressive jackpot slot game that pathed ways for other projects.

By 2003, Microgaming was officially the founding member of the famous eCOGRA. The following year, the company released some of the first-ever mobile gaming software, making history in the industry again.

A Plethora of Popular Releases

Among the top list of leading slots that Microgaming developed was the very first branded slot game, Lara Croft: Tomb Raider, in 2004, not long after they released Mega Moolah, one of the most popular slots that went down in history, turning players into millionaires.

In 2009, the studio created the first multiplayer slot game, named the Wheel of Wealth Special Edition slot.  This multiplayer slot game is equipped to facilitate player interaction in the game. It also contains features that allow gamblers to personalize their gaming profile.

A New Age of Gaming

The year 2011 saw the release of something spectacular in the online casino world when the first-ever online 3D slot game came to life. Microgaming introduced the Sterling Silver 3D slot, and in the same year, players around the globe got introduced to the highly innovative immortal romance slot.

2014 was a highly eventful year of Microgaming’s licenses obtained for Terminator 2, Game of Thrones, and Jurassic Park, unveiling the very first slot for a smart watch. This exciting year also introduced the widely adored Avallon2.

Today, the Microgaming progressive jackpot network has paid out more than £716, an amount that has emphasized this brand’s promise of bigger wins.

What’s more, the anticipated Tarzan, Jungle Jim, and Lost Vegas slot games have been launched and have shed light on the fact that Microgaming will continue to impress players worldwide.

The company has been the pathfinder of online slot games since virtual gaming came to the limelight. It has launch of branded slots, multiplayer slots, and progressive slot games. Microgaming has changed the entire world of gambling. It has made the impossible possible, fed so many players, and made rich men even more prosperous.