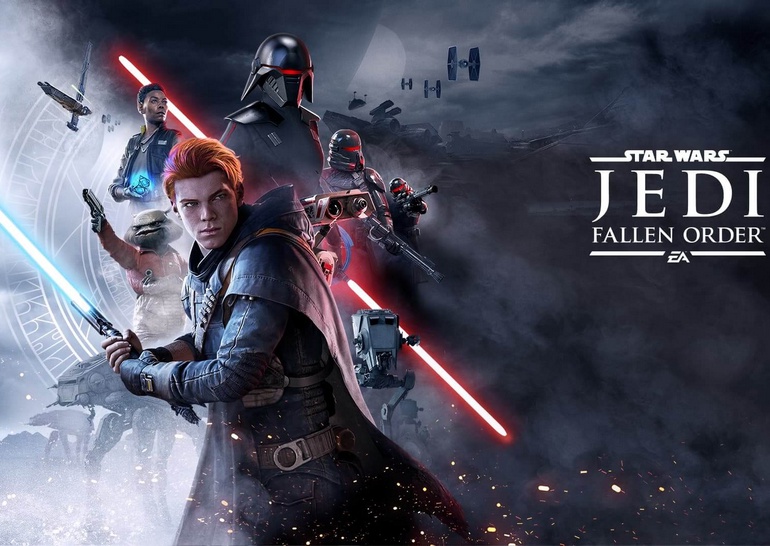 EA’s single-player Star Wars story game without DLC, Season Pass, and loot boxes?! Electronic Arts, are you this? With some force majeure delay, we talk about Star Wars: Jedi Fallen Order, a game in which you can feel like a Jedi.

The last decent single-player games in which we were given the opportunity to wave a lightsaber and feel like a real Jedi were quite controversial Star Wars: The Force Unleashed (2008) and Star Wars: The Force Unleashed II (2010). If we talk about really good single-player action or action/adventure in the Star Wars universe, you have to roll back even further into the days of Star Wars Jedi Knight: Jedi Academy (2003). Yes, the recent Star Wars Battlefront II also had a single-player campaign in which we were occasionally given Jedi weapons, but it was too short and messy, and the loot box scandal pretty badly damaged the reputation of this project. So the appearance of Star Wars: Jedi Fallen Order is a real miracle, for which you should thank Respawn Entertainment, the authors of Titanfall, Titanfall 2, and Apex Legends.

Among other things, Star Wars: Jedi Fallen Order is the first Electronic Arts game after an eight-year hiatus, released on Steam and marks the publisher’s return to Valve. Yes, this is another round of confrontation between Steam and the Epic Games Store, and EA, obviously, received very good preferences from Valve, but players will only benefit from this competition. 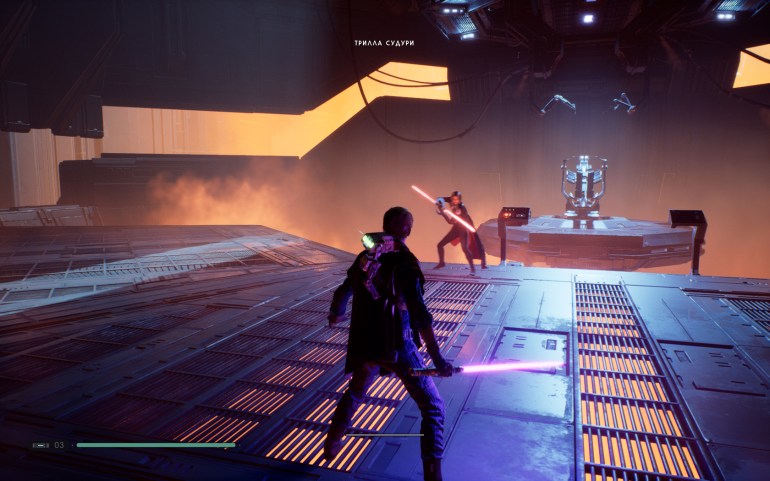 The Star Wars: Jedi Fallen Order tells the story of Kal Keltis, a young Padawan who survived Order 66 and was hiding on the planet Bracke during the Great Extermination of the Jedi, where he worked as a garbage collector for the Gathering Guild. Using the Force to save a friend, Keltis attracted the attention of the Order of the Inquisitors, whose task is to exterminate the Jedi who managed to survive Order 66 (after the events shown in the Revenge of the Sith, there are about a hundred Jedi left in the Galaxy) and the search for children sensitive to the Force. For Cal Keltis, who managed to save his lightsaber, but lost his strength, the hunt begins.

The prologue of Star Wars: Jedi Fallen Order, which takes place on Brack, is a linear training level that is dramatically different from the rest of the game, and if you like it, it’s not a fact that the game itself will be to its taste. The fact is that Star Wars: Jedi Fallen Order is a mix of metro-diving, in which you have to return many times to the same levels to open new skills and access new sections of the map, and FromSoftware’s Dark Souls-style games, the main task in which is not to die at the hands of the weakest enemy and get to the next bonfire (here – Meditation Points), on the way opening a short passage to the point you need. However, if you do not like Soulslike games, the Fallen Order has the opportunity to change the difficulty level, which is here, and this is a very rare case, seriously affects the gameplay, dramatically changing the game.

The default difficulty level, “Master Jedi,” presents the game in the form in which it was conceived by the authors. With short intense rushing from one Point of meditation to another, with the obligatory death on each new enemy, with memorizing the patterns of movement of intermediate and main bosses, with a caring attitude to healing steam packs, with attention to parry and avoiding strikes. On this difficulty, you will not be happy that you have reached a new save position, but even that you were able to run away and die this time near the next checkpoint, which will allow you to restore your lost experience and health points closer to the next point next time interest. On the difficulty of the “Jedi Master”, you will die several times on each intermediate boss and spend 30-60 minutes to defeat the main bosses. At the final stages of the game, where there are many times more opponents, and save points are less common – this will be a real test. 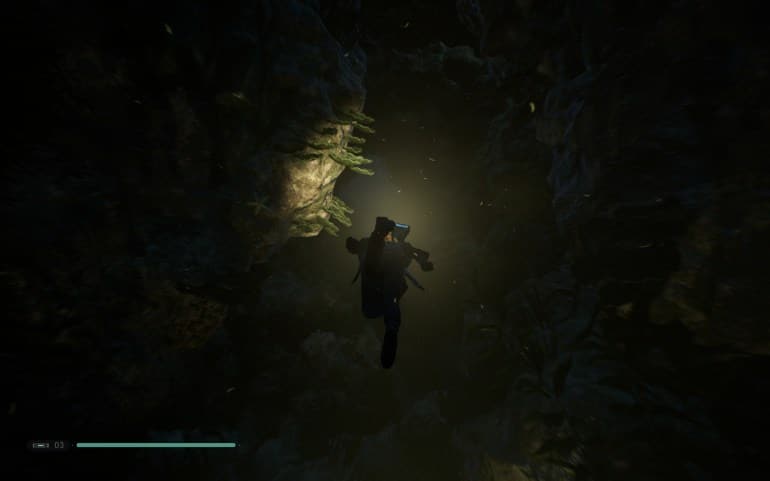 The most acceptable for most players, especially for those who do not really like games in the spirit of Dark Souls, the difficulty mode is “Jedi Knight”. Here the damage done by opponents is reduced, their aggressiveness is reduced, and the parry window, on the contrary, is expanded. At this difficulty level, Star Wars: Jedi Fallen Order loses its similarity with Dark Souls and becomes more like an action/adventure in the style of the Prince of Persia series of games from the era of The Sands of Time. Still quite difficult, but already quite passable. You will only die by your own negligence and you can feel like a real Jedi, and not some kind of a slob, who can be beaten by three alien gophers. However, fights with bosses even at this level of difficulty remain quite complicated and require studying the enemy’s fighting techniques and finding methods to counter them.

The other two difficulty levels, “History Mode” and “Grand Master Jedi,” look like a misunderstanding. On the first, the battles generally lose all meaning, turning the Fallen Order into a pure acrobatic attraction, the latter is intended for those three nerds who found Dark Souls too simple. 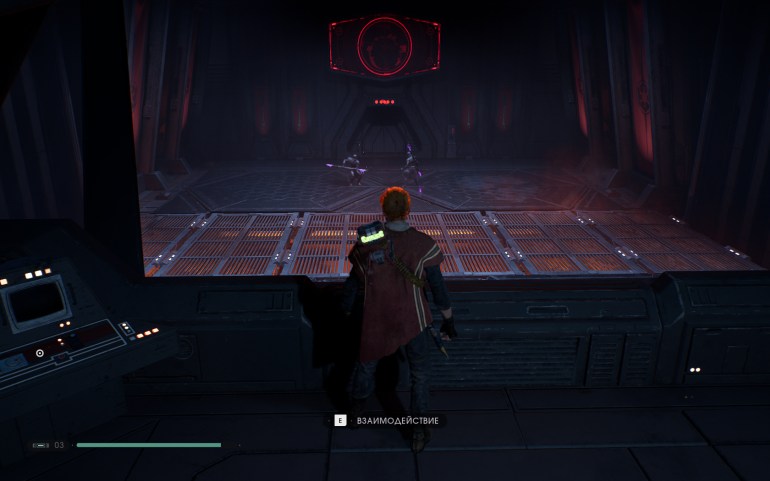 Cal Keltis owns a lightsaber from the start of the game. Here are just the basic tricks that the young Padawan remembers – this is a miserable semblance of the skills of a real Jedi Master. Well, Cal will have the opportunity to recall the teacher’s lessons, learn new techniques and improve his saber, turning it into a staff, and even learning to disassemble it into two parts directly during the application of, particularly powerful blows. What Cal can do with a saber and Strength by the end of the passage is just a completely different level. If at the very beginning of the game you defeat one AT-ST with great difficulty, then at the end you will cope with two at once, without even sweating. In general, the implementation of the lightsaber and the use of force in Star Wars: Jedi Fallen Order is perhaps the best in the entire history of Star Wars games. Using a saber or staff, interleaving different techniques and techniques is really very convenient, and the feeling of ownership of the Star Wars universe that the game gives is unique. Bravo, Respawn Entertainment.

As for the elements of metro-promotion, by no means all of the planets available in the game, and there are eight of them, five of which can be visited repeatedly, require careful study. The same Bracca, Ilum, Ordo-Eris, and the Inquisition fortress in the final are completely linear; Bogano is just a little; Kashyyyk and Datomir as a whole are also linear, although they seem confusing. Zeffo has a really complex structure requiring several visits. This planet is the largest in size, and its levels are difficult to figure out even with a map.

Naturally, as in every decent subway, in the Jedi Fallen Order, there is a search for secrets and collecting collectibles. Here are just collectibles here that are generally meaningless. You can find in the boxes scattered in secluded corners of the levels, perhaps a new poncho for the protagonist; a new coloring for your satellite robot BD-1; new coloring for the ship, which you see exactly two times permission; and new elements for customizing a lightsaber that cannot be seen in the heat of battle. So it’s worth collecting items only if they come across the road, it does not pull you back to the planets to completely clear the levels. But searching for memories and scanning living things and objects is an important part of the game. Feedback memories that Cal can “read” bring good increase inexperience, and sometimes a bonus to your hero’s health reserve. 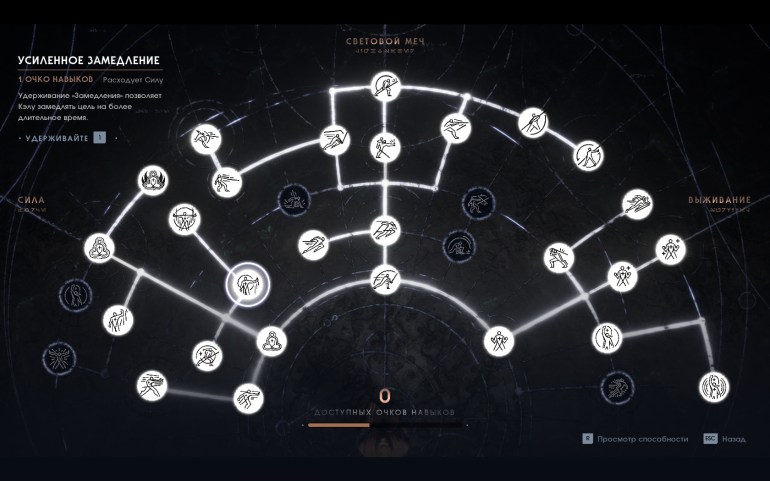 The events of Star Wars Jedi: Fallen Order, like most games in the Star Wars universe, take place between the third and fourth episodes of the saga, so you will meet with some movie characters. In particular, you will fight alongside Kashyyyk with Co Guerrera from Rogue One: A Star Wars Story, and at the very end of the game you will meet another, truly iconic, a character in the series.

The time period imposes a number of serious restrictions on the game from Respawn Entertainment. Since the developers cannot change the events of Episode IV – A New Hope, it is clear from the very beginning that all throwing heroes around the Galaxy in an attempt to revive the Jedi Order will be futile, and this running around in a circle is a little frustrating. Yes, during the trip, Cal made real friends and learned a lot about himself, but Star Wars Jedi: Fallen Order really ends up in zilch.

Worked out and the study of some minor heroes. The sister of the night, Merrin, who seems a very interesting character, is practically not revealed. The same can be said about Jaro Topal, Cal’s teacher, about the rebel Jedi Taron Malikos, about the Ninth sister and even about the Second sister, who seems to play an important role in history. The three main characters, Cal Keltis, Ceres Janda, and Grizz Dritus, have worked much better. But the real discovery of the game is the BD-1 robot-satellite, which, in terms of mimicry and expressiveness, overshadows even BB-8. This is the best droid in all Star Wars and Disney is simply obligated to include it in one of the future films.

Unlike most EA games, Star Wars Jedi: Fallen Order uses the Unreal Engine instead of Frostbite. The game looks good in dynamics, the planets differ in appearance, flora, and fauna, some of which the authors had to invent especially. However, sometimes the picture still looks a bit blurry, and to take normal screenshots during the battle is completely impossible. Fallen Order also has performance problems. On a PC, this is reflected in fps drops during particularly tense moments of the battle, but on the Xbox One S consoles and even on the PlayStation 4 Pro, delays with loading textures and objects were sometimes observed.

What definitely pleased was the soundtrack. And although the authors tried to create something different from the classic movie music of Star Wars, from time to time familiar melodies are woven into the composition, and it is very nice to meet these echoes.

Well, Respawn Entertainment, which somehow quietly turned into the main studio of EA, managed to revive single-player games in the Star Wars universe. Although the Fallen Order has some issues with plot and performance, overall it is a very strong project that for the first time in a long time makes you feel like an almighty Jedi. It will take you 10-15 hours to complete the Fallen Order, depending on the chosen level of difficulty and meticulousness – not bad enough for a single-player game.

Star Wars Jedi: Fallen Order has already shown the best digital sales start and best PC sales of all Star Wars EA games. According to the publisher, by March 31, 2020, the circulation of the game on all platforms will exceed 6 million copies. According to rumors, Respawn Entertainment has already received EA approval for the development of the sequel. If it goes further, you see, EA really will finally abandon the loot boxes and will release more single-player games. Hey EA, think of Star Wars: Knights of the Old Republic III there. Maybe it’s time to revive this project?

CONCLUSION: The first decent single-player game in the Star Wars universe in the last ten years. Hope to continue