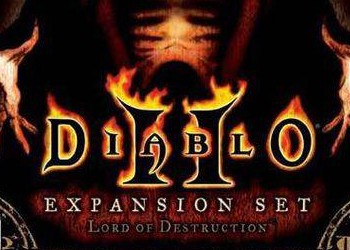 A quick way to gain experience (XP):
During the game, enter:
“Players #” (without quotes, where ‘#’ is a number from 1 to 8).
This will make the game think that more players are participating in it than in a single-player game.
The effect of this would be:
Creatures will become stronger, but you can also get more XP for them. Which will make the ‘normal’ boss monsters so powerful that they are harder to kill than Diablo himself.
It’s best to use “Players 8” because, when confronted with bosses, “Players 1” is used in adventures. This has a positive effect in the absence of more than 20 monsters around him.
All the commands listed here are modified for shortcuts to the game. You must change them as shown below before starting the game. Right-clicking on the shortcut opens the context menu, in it you find the “Properties” item. Next, you will see the path by which the shortcut refers to the game itself, the “Target” item, something like “C: \ Program Files \ Diablo II \ Diablo II. exe “. The location of the game may be in a different directory, then you will see a path different from the one given here, but it does not matter. All commands are entered after the quotation marks, which end the path, now it remains only to click the “OK” button and start the game. You can use several commands at the same time, for this you only need to put spaces between them.

The game in the window. Use w for this. The effect of this command will be more difficult for you to notice if you are the owners of low-resolution monitors since the game will go with a resolution of 640 * 480, or 800 * 600, depending on what settings you set in the game itself.

Launch the game in the mode of connecting to Battle. net. At the same time, the game skips the initial video from the Blizzard logo (in my case, the game also arrives when it is launched in the window, which reduces the download time as a whole). Use the command – skiptobnet.

Create all-new characters with a starting level 33. This code will help you create characters of level 33, in the fifth act. This does not apply to existing characters, no matter what level they are. At the same time, all units of skill and attributes remain untouched and not assigned, these characters have not opened a single waypoint and have not completed a single quest. This team only works in single player.

The number of monsters. This team fills all random locations with a huge number of monsters, some locations such as the bloody highlands and Pindleskin’s garden are not random, therefore, this command does not apply to them. Sometimes there are so many monsters that you will find it very difficult to choose which thing that fell out of the monsters you should raise, since portions of the potion, scrolls of portals, things and the like will cover the entire screen. This team violates certain rules for dropping things, so it is likely that you will get a whole dozen absolutely identical and unnecessary gear. To all the above, it is worth adding that the number of monsters will probably be so great that the game becomes simply unbearable since a computer younger than P 4 is unlikely to cope with this task, it is worth keeping silent about how memory gets clogged. There is still debate over whether this team is cheating. And again, the team only works in single player.

you can put any number after the word seed, but this will not affect the number of monsters in the game. (* I could not try it, maybe it also took place in the beta version)

Now I will give you those commands that you probably already know:

1. Allows the game to download all available. bin files. This code is only for use with mods: “C: \ Program Files \ Diablo II \ Diablo II. exe “- direct

Both teams make installing mods easier, now you can make the game use files without packing them in MPQ. If you don’t understand what exactly this means – don’t worry about it, you just need to remember that these commands should be used when playing with mods, that’s all.

The following teams can be recruited during the game. All teams must be typed exactly as indicated in the text, painted in gold. Let’s start …

The sound chaos debug team will let you hear a chaotic mix of different voices and sounds. This code has no special purpose, probably a residual from the debugging process of the game. Type this text again to terminate the effect (* I personally thought it was very funny).

The well-known team/players 8. I’ll explain what it means. This team includes simulating the nth number of players in the game, which complicates it by proportionally increasing the life of monsters, for those who do not know the word proportionality, this is a certain relationship between the number after the word players and the number of lives of the monster. The benefits are just as obvious, as the number of players increases, so does the amount of experience you get for killing a monster, as well as the chance to find a magic item. Inversions 1.09 and 1.08, this command also works, but it should be written without a “slash”, on the screen you will not see any signs that it is turned on, but, nevertheless, it will work. In version 1.10, you will see players set to n, where n is the number you specify. When you typed a team. The team does not work on realms, do not even try.

Command! The message creates a message that will appear directly above your head and will be visible only to people in the field of vision of your hero.

The / fps command displays the number of frames per second, the amount of free memory and other system information. This information will be displayed in white letters at the top of the screen. Below I will list what each of the options in this window will mean:

x FPS is the number of frames per second. The game Diablo II has a maximum limit on this number, it is equal to 25 frames per second. Sometimes, you have to see a larger number, but it will be just a figure, there will be no real excess. FPS reflects machine performance. You can notice that the number of frames per second will drop noticeably with many monsters/players nearby, either from scenes saturated with graphics or from various visual effects (for example, a spreading cloud of toxic smoke).
Phys: x / x – physical memory, reflects the amount of RAM on your computer and how much Diablo II eats it up.
Ping: x is the waiting area, well, ping is the ping – roughly speaking, this is the speed with which your computer polls network nodes. It happens in the following way: your machine sends a certain number of packets to the network (a packet is something like a note with service information), these packets reach the network server and return, here ping is the time the packet spends on this journey measured in milliseconds. The “performance” of the grid directly depends on this indicator, and this means whether you will “hang” or “fly.” If your ping is more than 300, then it will jerk a bit (lag – delay), if about 500, it will lag significantly, after 1000 – the game becomes unbearable and even dangerous.
Page: x / x m – displays how much the swap file is involved. In general, this is connected with virtual memory, but if it doesn’t mean anything to you, don’t remember, otherwise all memory will become clogged. In general, the same performance.
Video: Direct 3 D is a graphics mode that should tell you which mode your game uses. It depends on your video card.
You can also use the / frame rate command. Which reflects more information about the performance of the game and your system.