Since the late 2000s, when online gaming became a popular activity all around the world, the gaming industry has been going through a complete transformation, and now developers and publishers can offer plenty of new possibilities and experiences to gamers and casual players. Games can now be purchased online and directly on consoles, players from all corners of the planet face each other in a plethora of multiplayer games, and thanks to the popularization of streaming services, gaming can now be seen as a career and a way to make a living. 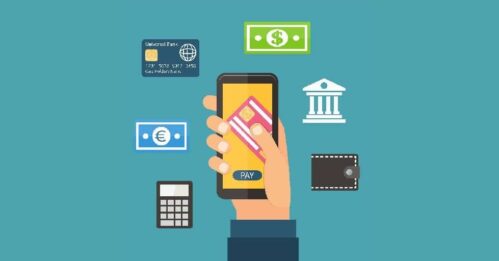 With this surge in online gaming in the past decade, several companies and developers began focusing on software and applications to aid gamers and improve their online experiences, whether with companion apps, streaming software, or distribution platforms. From Discord to OBS Studio, these are some of the most useful applications for online gamers.

Well… it’s kind of obvious now, but Twitch is indeed an extremely useful tool for gamers. As a live streaming platform that builds communities around a shared interest, Twitch became a powerful medium for content creators to stream gameplays, live music, artistic presentations, sports content, and even conversations (“Just Chatting” has been the most-watched Twitch category for some time, especially after the COVID-19 pandemic). Apart from its browser-based version, Twitch can be downloaded on mobile devices, and home consoles to stream directly from your Xbox or PlayStation.

Launched in 2011 as a spin-off of defunct streaming platform Justin.tv, Twitch also broadcasts sports competitions, esports tournaments, and real-life streams. As of July 2021, it has over 7 million unique creators and 30 million daily active users, with more than 2.5 million average concurrent users.

In 2014, Twitch was acquired by Amazon for almost US$1 billion, which led to the introduction of integrated features with Amazon Prime services. Through the Partner Program, the platform allows influential creators to monetize their content with ads and subscriptions, and grants access to several partner-only opportunities.

Digital wallets, or e-wallets, have become an important tool in recent years, not only for saving time and quickly paying your purchases but also as a web security tool. The data stored in digital wallets is totally encrypted, meaning your actual card account numbers aren’t transmitted while making a payment, which ensures your personally identifiable information and banking information are completely secure. Additionally, e-wallets use random payment codes that can’t be used again and rely on security features such as biometrics to authorize payment.

Since the emergence of blockchain gaming, digital wallets have become an essential tool to play these games, as players are required to have money in the form of a cryptocurrency stored in one of these services. Users can store popular currencies like Bitcoin or Ether, or even game-specific tokens like SAND, the official currency for Animoca Brands’ adventure game The Sandbox.

Today, the most popular digital wallet services for real money are PayPal, Google Pay, and Apple Wallet. But if you’re looking to store cryptocurrencies, the favorite choices are Exodus and Wasabi.

Discord is an instant messaging and digital distribution platform designed especially for gamers, to allow them to communicate with each other while playing online games, and also to create communities over shared interests. Discord can be used for voice calls, video calls, text messaging, and is available for iOS and Android devices.

Despite having been created for gamers, the platform has become a virtual hang-out place for users to discuss different things, and today Discord is being used by people all over the planet for different applications, from art communities to study groups and business meetings. According to statistics disclosed by the company, Discord currently has more than 150 million active monthly users, 19 million active communities per week, and 4 billion conversation minutes daily.

The platform also offers a partner program for active and engaged communities, with partnered users being encouraged to act as role models in the community, and having access to exclusive perks and unique branding content.

Founded in 2014, the developing company, Streamlabs, was acquired by Logitech for US$89 million in 2019.