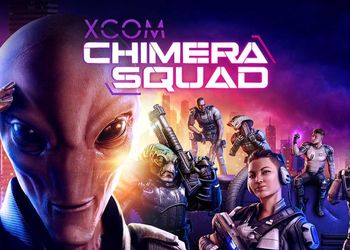 The new game of the series is far along scale from XCOM 2, but here there are subtleties and nuances that we can talk below.

– To change the goal during penetration or in the active battle phase, use the Tab key. At the same time, the game will switch you only between those enemies, for which you can get to the probability of more than 0%.

– during the penetration of enemies can be one of three status. Depending on it, opponents will be able to take certain actions. The enemies with the status “not ready” will receive a fine to defense and will not be able to respond, “ready” – will be able to defend themselves, taking a deaf defense (but after penetration), “aggression” – will be able to attack your agents before the first turn. As you understand, you need to try and kill the latter.

– poisoned fighter, as your agent and an opponent, will receive 2 units of damage at the beginning of their turn. It will also be superimposed by a fine in size -2 to mobility and -15 to the accuracy.

– If you have additional tasks in the task (for example, take the evidence), be sure to perform them to get a bonus award. Note that as soon as all the enemies are killed, you will move to the next level, which means you can not perform the task.

– You can evacuate, spending 2 points of action, but coming to the area of evacuation. The game provides this free action, even if both points are over. Similar situation with interaction with containers or control panels.

– Whenever a praetorian activates a duel, he attacks only the selected agent. And this agent can attack only Pretorian.

– If you have a nanowork, then the character can not only cure himself, but also gets immunity to poison. So be sure to replace them the usual first aid kits.

– Teamwork – Excellent skill, allowing you to look like another character to the enemy’s move.

– The shield icon indicates the presence of bonuses from shelter: half of the shield – partial bonus, full shield – absolute. Terminal.
– between battles by default your heroes will recharge the weapon half. You can change the settings and make sure that you performed a complete recharge. However, the battle is spent in battle for recharging. You can change it by giving each auto-charger. He gives one free recharging. In the future, you can buy improved modifications providing 2 and even 3 free recharging.

– You can restart both the task and separate battles.

– At the beginning of each task you will choose the penetration points. Carefully study them, if possible, equip the agents with auxiliary objects (fibers, key card, explosives) so that they could hack any. Each has its advantages and negative effects.

– The selection of the sequence of agents during penetration plays an important role in the formation of the timeline and sequence of actions of your agents. Think about what team member you want to use earlier, and who wish to leave.

– It is usually better to hurt four enemies in penetration mode instead of killing 1. If several enemies are immediately a small health supply, you can use your subsequent first move to finish them before they even get their chance to action.

– Some penetration points can only be open to certain agents, so before the start of each task, make sure that all agents are equipped with different auxiliary objects.

– If a team comrade expires blood, try to stabilize its condition as soon as possible. He will still be unconscious, so it will not be able to fight more, but if the agent loses all the blood, the mission will be failed.

– Pay attention to what the abilities of this agent can be supplemented or jointly work with the skills of another. For example, if you force the enemy to move, you can cause activation of observation from another agent, which immediately attacks it.

– Arrest of enemies with the help of the kinetic shield Cheruvim will provide you with a chance to receive additional intelligence. However, arrest can be carried out with the help of “detention” of other characters. The more enemies unconscious, the higher the probability (one captive adds 20% to the chance of receiving 20 intelligence; 5 prisoners give a 100% warranty).

– If you find that your units have come under the control of enemies with psychic abilities, use a grenade for disorientation so that they lose control over their mind. Another option is to kill or neutralize goals.

– if you perform a task with the ability to evacuate, make sure that before leaving the level, already standing in the evacuation zone (and if the point of action remains), shoot the enemy or use some ability. Evacuation is a free action that is not spending 1.

– If you do not play the “Iron Man” mode, then saved as often as possible. You may find that some decisions taken in the headquarters may adversely affect your combat abilities. – On the map of the city you can assign a group of agents to perform a plot task or side operation. Crisis may also appear. The first type of tasks and operations includes combat confrontations, and crises – automatic events that always end with success, but leads to the completion of the day.

– Before starting the task, read the options for penetration points to understand what items can be useful to you in order to get to the level through a certain entrance. For example, it may be necessary to hack a blocked door, and then you need to take one automatic key card.

– Goals on the map are changing every day, so make sure you choose the most important operations within the current day, which will allow maintenance of order in the city.

– Remember that the types of missions have a flower encoding. Violet tasks promote the storyline, while yellow are side operations with additional awards – a decrease in discontent, resources, some other bonuses.

– Red tasks are emergency missions that appear only when discontent in the area has grown to the maximum value.

– Sometimes purple tasks can be hidden. In their description you see the number of days. It is through so many days the operation will automatically become available. In parallel, additional plot missions (also purple) may appear, which for 2-3 days accelerate the disclosure of the main.

– From time to time on the “Weapon” tab, you can choose new agents. In the end, you can recruit four additional agents and increase their number up to 8. At the same time, 11 different agents are available in the game, which means three of them will not be able to choose. At least not within the framework of the current passage.

– If the agent lost consciousness, then you can temporarily replace it with android, but only in the next battle of the current operation. Androids do not receive experience points, but can be improved by the purchase of special items on the “warehouse”. The latter are unlocked through projects in the assembly complex.

– Things in stock are bought for loans, in the collectors market – for intelligence, and the projects of the assembly complex are completed by Elell9. Also intelligence needed for field detachments.

– Sometimes wounded or bleeding agent receives a scar that reduces certain indicators. Use the training ground to heal these scars and eliminate debuff. The agent with a scar can still be sent for operation, just consider the risks associated with its debuff.

– The appointment of healthy agents in the training center will allow you to complete workouts that are forever increase certain characteristics.

– Use special operations to send agents to receive new resources or reducing unrest.

– If the mess (discontent) in the city will grow up to 5 units (it will become red), then the scale of the city anarchy will increase. When it is complete, the game will end in failure. Aristocrat.
– A flashing scale of discontent shows where the unrest will begin upon completion of the current day. You can still take action.

– Before unlocking the collectors market, make sure you have intelligence. If not, it makes no sense to perform a task that unlocks this market. After all, it will be open only for one day. But here are more rare items.

– To get the opportunity to improve the field detachment up to 2 and 3 levels, you need to conduct appropriate research in the assembly complex.

– ignoring any side or plot task (skipping day), you will raise the level of discontent in this region.

– special operations, assembly projects and training can be canceled at any time.